‘The Robin Hoods – Who were they?’ - by Jonathan D`Hooghe 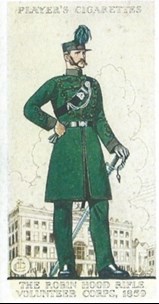 A brief look at the history of the 7th Battalion Sherwood Foresters (The Robin Hood Rifles) and a snapshot of the battalion at two points in time, Autumn 1915 and Spring 1918. Using death records at the Hohenzollern Redoubt in 1915 and for the German Spring Offensive of March/April 1918 we will look to see how the character of this Nottingham City Territorial battalion changed over the course of the war..

Jonathan D’Hooghe is a Nottinghamian by birth but today resides in Lincolnshire where he is the Chairman of the Lincoln and North Lincolnshire Western Front Association Branch. He is a Chartered Construction Professional (MCIOB) and was awarded an MA in British First World War Studies (University of Birmingham) in 2014. Passionate about all aspects of the Great War, his favoured subjects are those that look at the social side of the war – in particular the stories of the men and women who served and the stories behind our nation’s War Memorials. 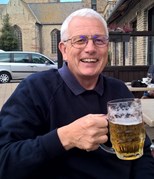