Welcome to the Preston & Central Lancashire branch of the Western Front Association.

The venue is in the centre of town. On the opposite side of the road is Preston Town Hall and a little further up the road is the Guild Hall. There is some on street parking but the bus station and car park are very close and in easy walking distance. The meetings take place in the upstairs room.

We meet here on the fourth Monday of each month - there are no meetings however in August or December.

Our preferred method of communication is always by email due to other work constraints. 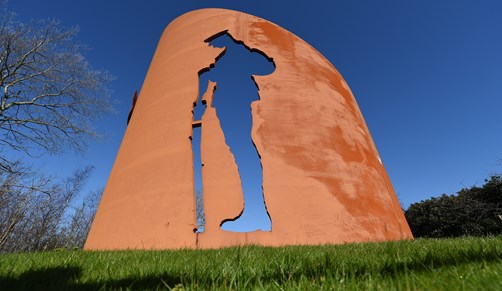 The culmination of several attacks by the BEF in 1915 was the attack in the Loos sector in September where in a mining area north of Arras, the largest British offensive of the war thus far took place. Forced into an offensive in an area which as one senior commander put it was on 'most unfavorable ground', the BEF suffered heavy casualties and lit…

A look at the meaning, significance and fate of War Memorials in the 21st century and at current efforts to rescue, recover and relocate those in danger. Image: The Much Hoole Wesleyan Roll of Honour by Charles O'Donnell

Dr Graham Kemp makes a welcome return to the branch. This talk covers the training of the new Army from the States to France – taking in the experience, the hardship and the humour. It looks at the their first action at Belleville wood, and then turns to the success and tragedy of 'Argonne Wood'. It reveals how the United States Army contributed to…