The annual battlefield tour organised by the Surrey Branch for members and friends was the most ambitious to date with the group attempting to cover the major Western Front battlefields of 1917. After the Eurotunnel crossing to France the 39 intrepid travellers made for the Ypres Salient to begin the tour by studying the Battle of Messines and their first stop, the Lone Tree Cemetery at Spanbroekmolen was the ideal place to understand the mining and topography of the front line. The Pool of Peace offered a beautiful and tranquil place to reflect on the violence of the mines detonated at 03:10 on June 7th 1917.

Having understood more about Plumer’s success at Messines the group followed the chronology of the events of the battle by spending time at the Passchendaele Memorial Museum 1917 and, despite the café being closed, enjoying the special exhibits created for the 100th anniversary of the battle.

To help understand the difficulties faced by the British army in taking the ridge at Tyne Cot the group moved onto Dochy Farm New British Cemetery where they were able appreciate the rising ground that had to be taken by the A.I.F in the blood phase of Third Ypres. The short coach journey to Tyne Cot then allowed the group to look in detail at the German strong point captured by the Australians in early October 1917.

A sumptuous dinner in the Grote Markt in Ypres was the reward for both the good behaviour and dedication of the good humoured group before they were hard at work again understanding the significance of the Menin Gate. Four branch members presented a wreath during the 30807th Last Post Ceremony in honour of the Surrey men who died in the Salient during the Great War.

After the ceremony the group headed to their hotel in Lille where a late night walking tour of the city centre was planned was cancelled due to exhaustion! Not even the canon ball boobies fired (?) into the city buildings could entice the weary Surrey souls.

All was restored after a good night’s sleep and a hearty breakfast and an early start saw the group arrive bright and early in Arras for day 2. The first stop was the Faubourg d’Amiens Memorial and Cemetery. As a great many Surrey men died during the Battle of Arras this was a poignant visit that impacted on many of the group. Even more enlightening was the visit to the Wellington Quarries Museum where we saw the huge galleries and tunnels hacked out of the chalk by the Kiwi miners in preparation for the assault on April 9th 1917.

The high spirits of the group during the splendid three course lunch reflected that the tour was going well and, after the three previous tours, many of the regulars felt they were dining with good friends.

The afternoon programme took in the stunning Canadian Memorial on Vimy Ridge where, besides Allward’s masterpiece, the group enjoyed the newly opened visitors centre.

The final stop of the day, the Ring of Remembrance at Notre Dame de Lorette, was, for many, the absolute highlight of the tour. Dedicated in 2015 the ring of steel consists of 500 metal panels that are arranged in an ellipse pattern, each 3 meters in height. Each panel contains approximately 1200 names of fallen soldiers, listed alphabetically by last name. The 500th panel remains blank so that any newly discovered names may be inscribed. The most noteworthy aspect of the Ring of Memory is that it is the first memorial to list alphabetically, with no regard to rank or nationality. The entire memorial contains the names of over 585,000 men killed in the Nord-Pas-de-Calais during WW1.

The group had each been given the name of a Surrey soldier killed in the area in 1917 and time was spent as individuals placed a wooden poppy cross at the foot of the panel where their man was remembered.

The coach arrived in Reigate at 21:00 on the Sunday and a tired but stimulated group made their way home. Thanks were expressed to Mike Selcon who had put the tour together as well as researching the 39 Surrey casualties from 1917 remembered at the Ring of Remembrance.

The main question posed as the group dispersed was “Where are we going in 2018?” 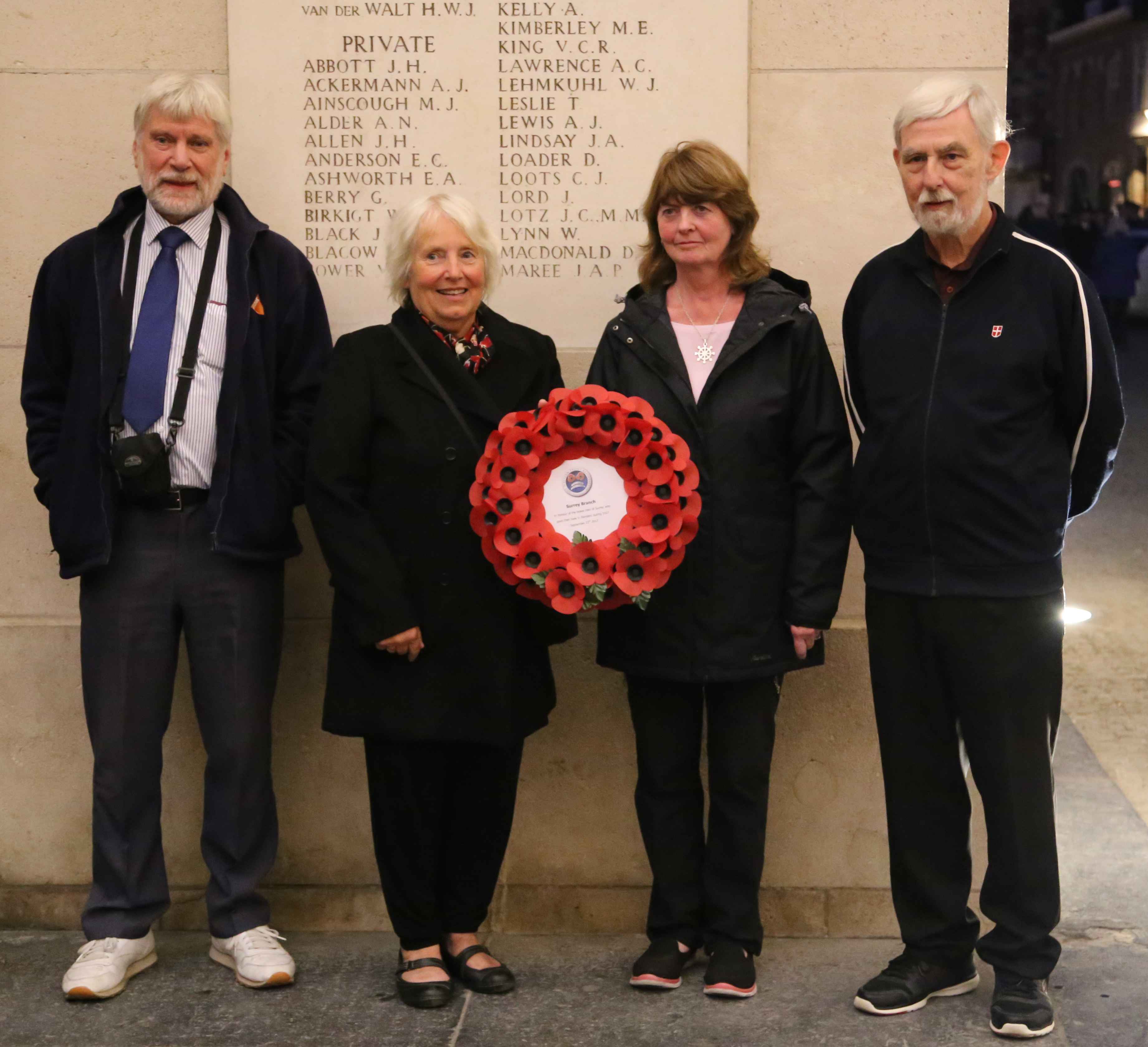 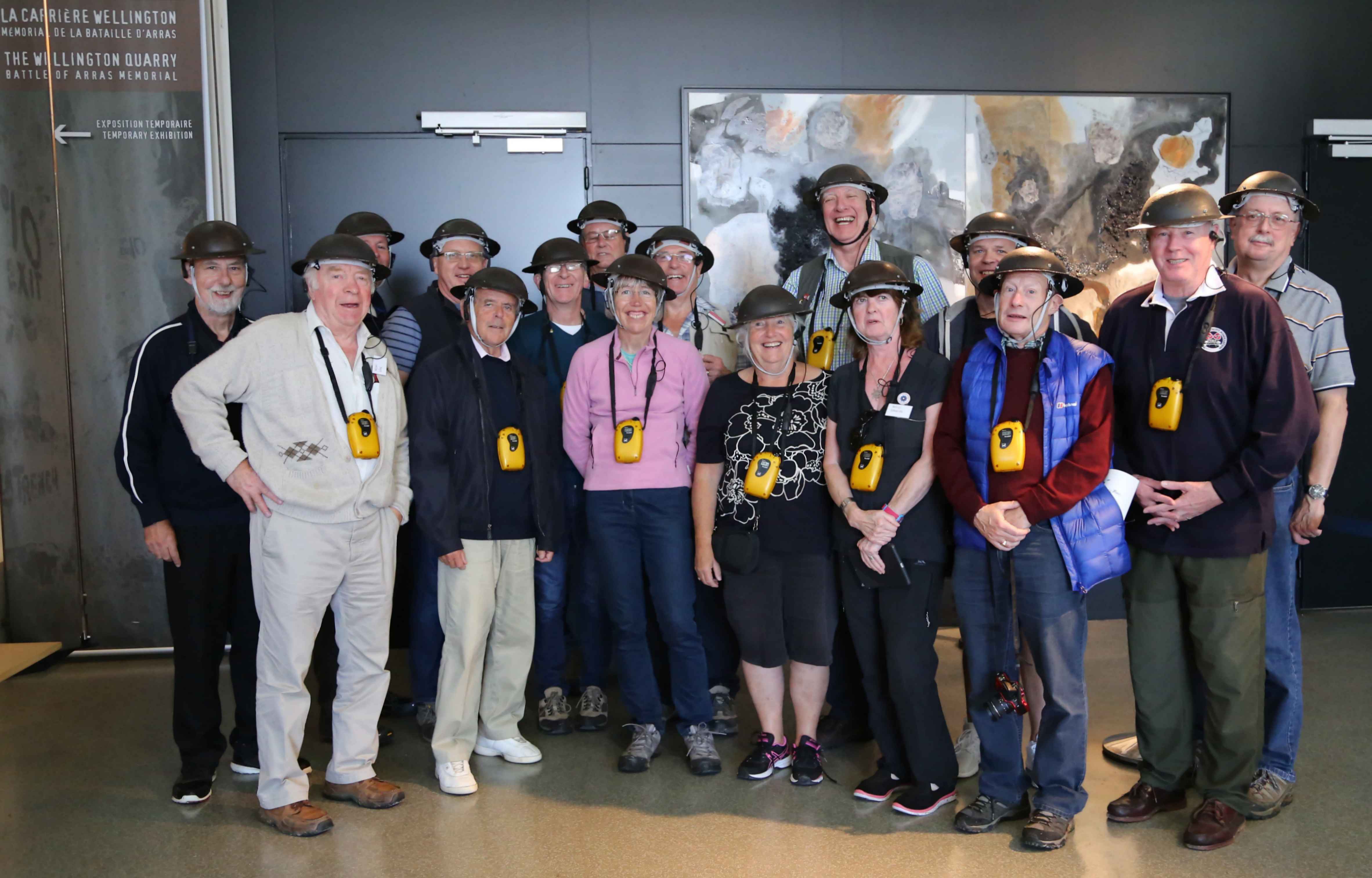 About to go underground at the Wellington Quarries in Arras 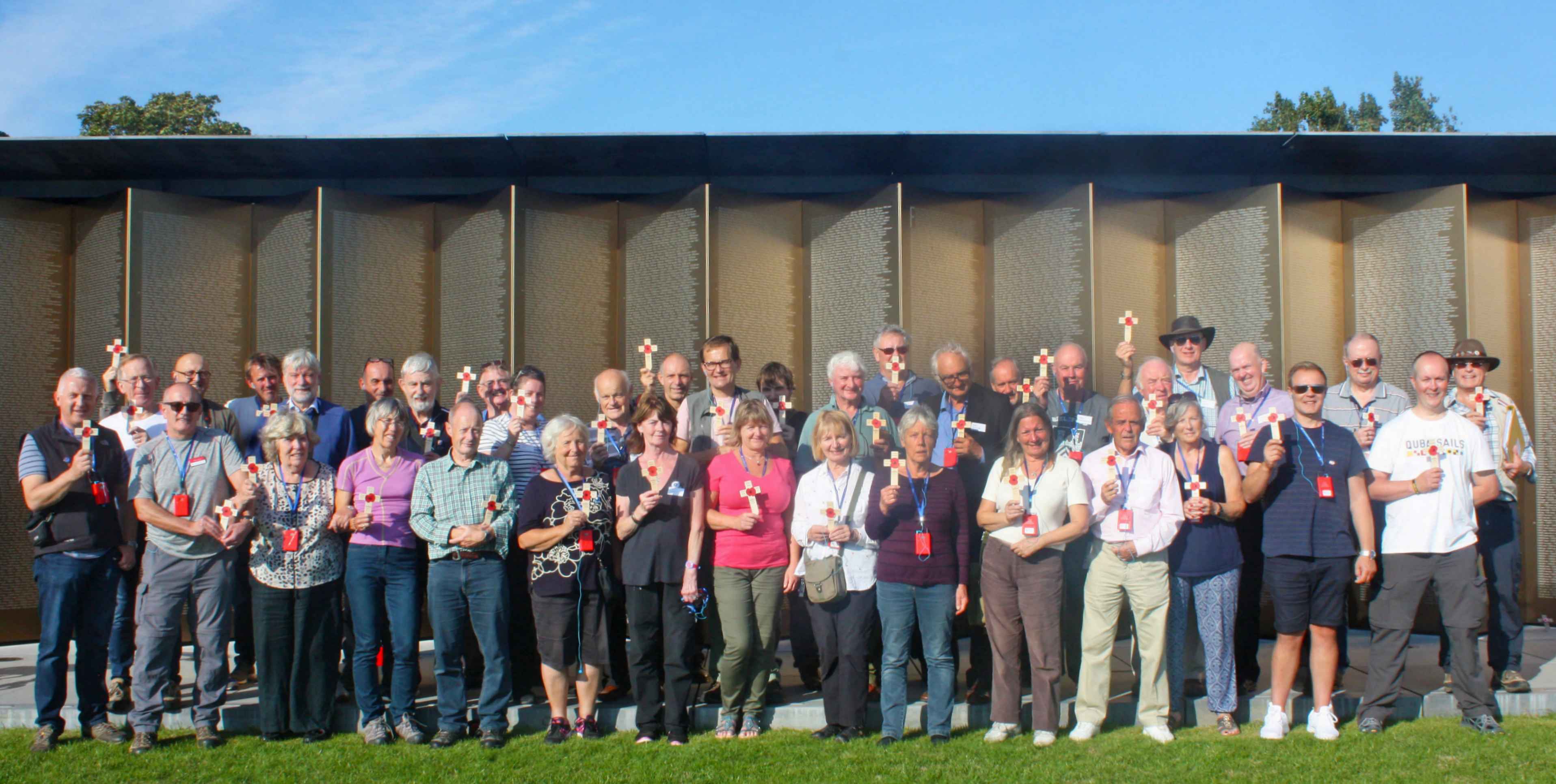 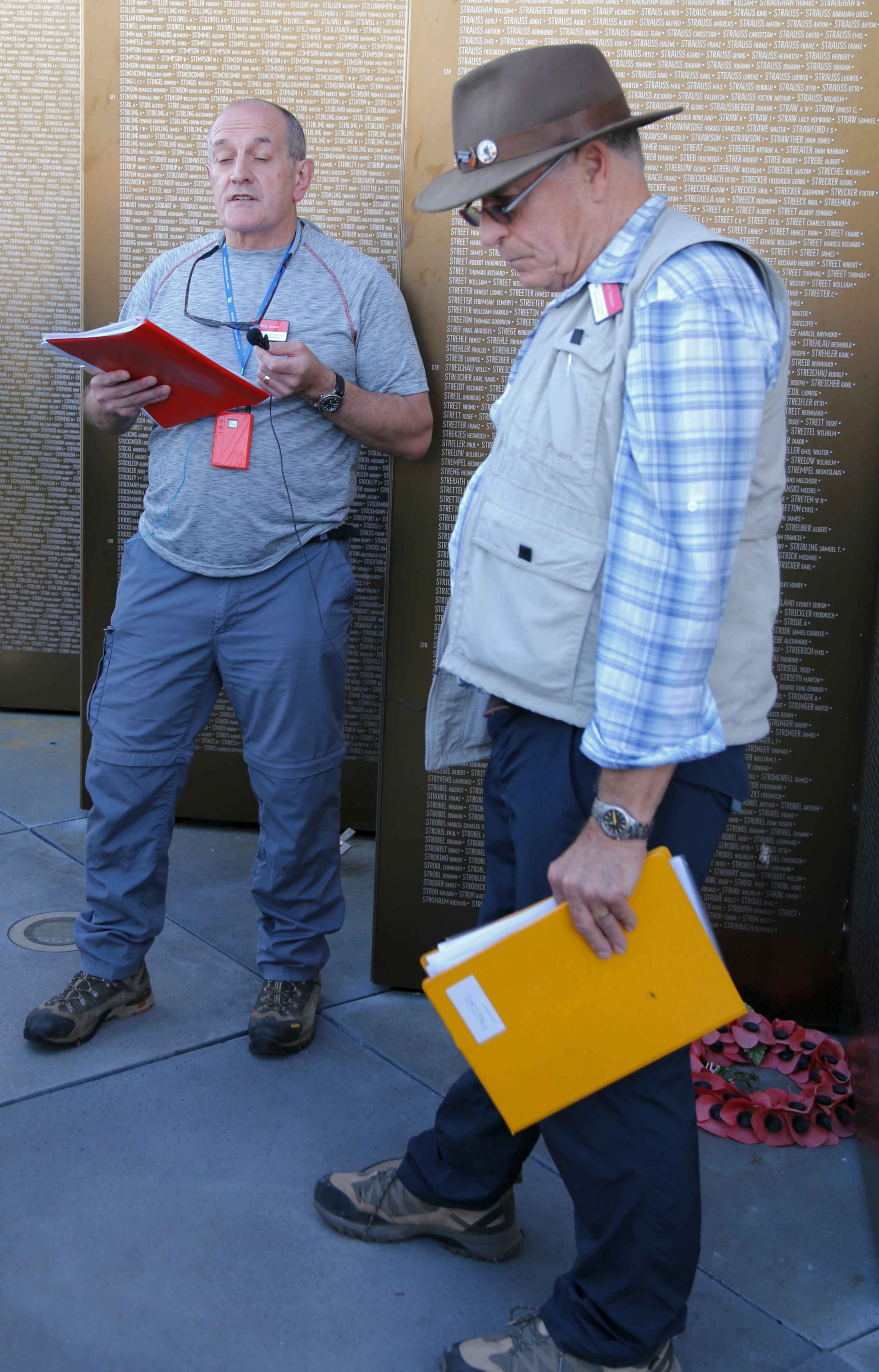 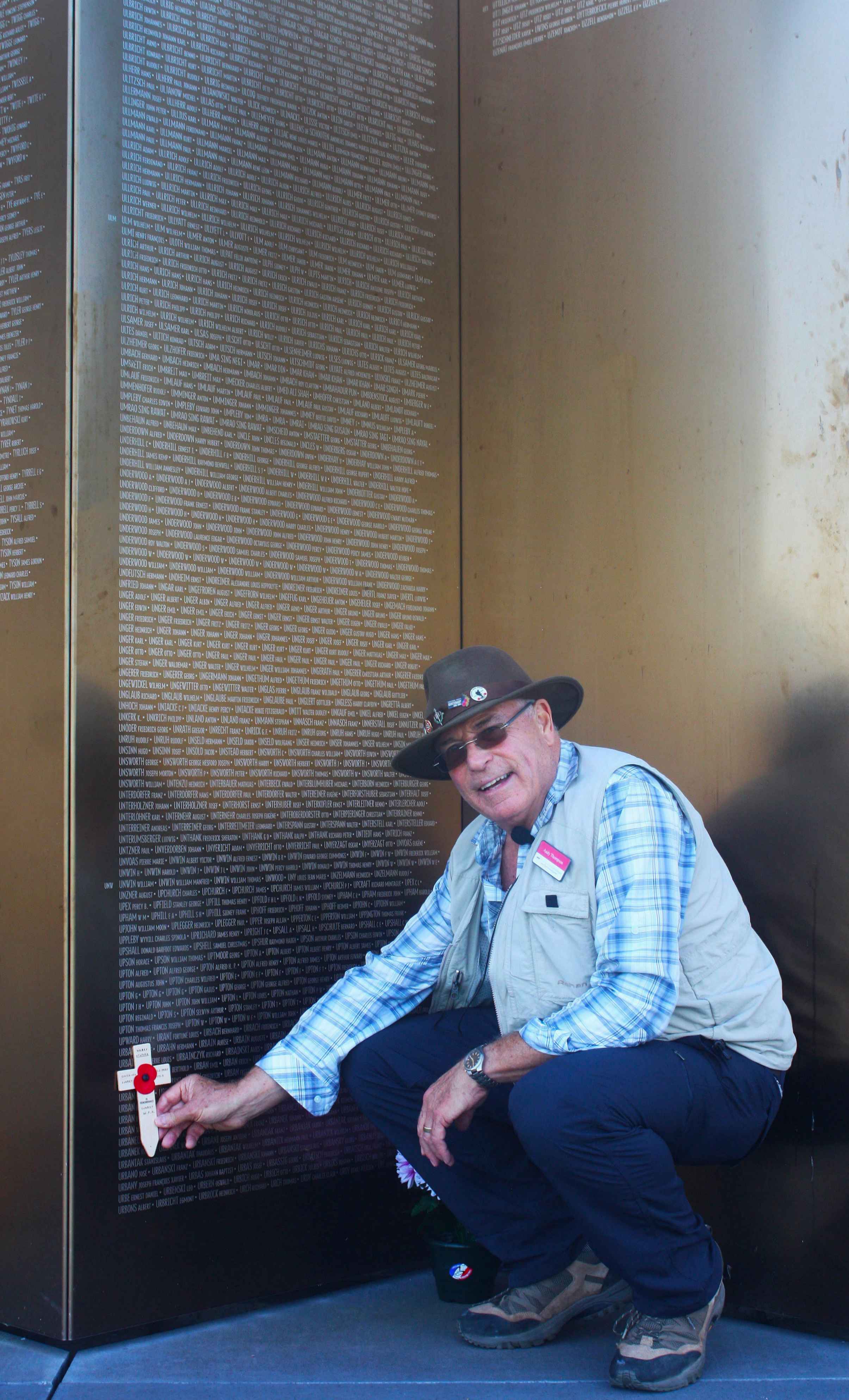 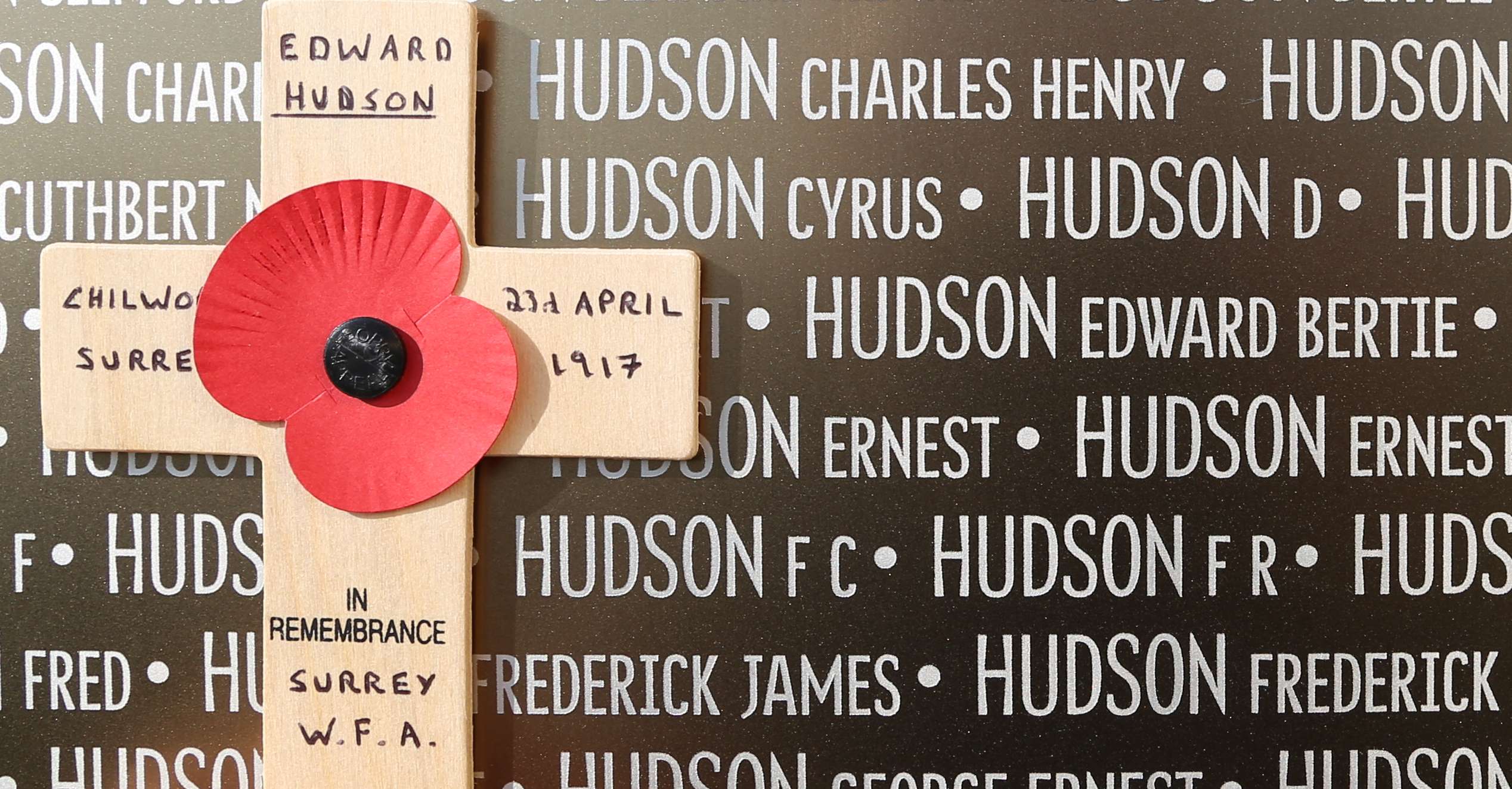