ONLINE: A Reappraisal of 1915 - a virtual conference

The conference will be live and online.

There will be new talks which examine how the BEF learned to deal with the challenges of an expanding war.

The event is free, but if anyone wishes to make a voluntary donation, it is possible to do so via the 'donate' button seen in the top right hand corner of the home page of The Western Front Association's website.

'From Gallipoli to the Western Front: Sharing Military Knowledge and Experience in 1915' by Dr Aimée Fox

The paper will highlight the ways in which individuals and formations sought to share lessons and experiences between Gallipoli and the Western Front. Such experiences were disseminated via formal and informal means and included suggestions of new technologies and approaches. By exploring the transfer of knowledge and best practice, the paper will argue for a more nuanced view of how military knowledge was shared and operationalised (or not).

In the context of the fundamental problem of expanding the British Army so that it was capable of fighting a major continental campaign, the talk will look at the process of finding new officers during the first eighteen months of the War.  It will focus on a single, line infantry regiment, the Glosters, and will examine the sources from which new officers were drawn, differences between categories of units - Regular, TF and New Army - and how far the process led to changes in the social composition of junior officers.  It will conclude by summarising the problems faced and how these led to the important changes in the selection and training of junior officers introduced at the beginning of 1916.

‘Surviving to fight in 1915: A contemporary view of Britain’s rapid reaction to countering Gas Warfare’ by Rocky Salmon OBE MA

In this presentation Rocky will examine how the rapid development of British counter-gas warfare capability in 1915 set the conditions for surviving the chemical threat through to 1918 and how that development still has relevance today.

'The Western Front in 1915: Indian Connections with the World Beyond' by George Morton Jack

Through considering the Indian Army on the Western Front on a few days in 1915, this talk connects events in France, Belgium and Britain with the wider world to give glimpses of the global war that year. It shows Indian forces forming an emerging global network across the fronts of Europe, Africa and Asia, adapting as they learned and shared lessons of modern warfare.

'Women Doctors in Military Medical Service in 1915 : A Turning Point in their acceptance?' by Dr Antonia Newell

In 1914, British and colonial women doctors’ offers to help in military service were refused. Following their work in voluntary medical units, negative attitudes started to change and by 1915 their capability to deal with war casualties was confirmed. The talk will focus on their achievements in 1915 which led to some being officially attached to the RAMC in 1916.

'The Functional and Dysfunctional: The 1915 CEF’s Fighting, Training, Recruiting, and Administrative Echelons' by Dr Bill Stewart

The Canadian Expeditionary Force in 1915 was not the crack organisation of 1918. It was a puzzling amalgam of a functional fighting force crippled by gravely dysfunctional recruiting, administrating, and training institutions. This presentation will explain this vast chasm in 1915 by examining each of the four elements and how the three malfunctioning echelons hampered the fighting component. It will, further, explain how and why this situation emerged out of a lack of experience in raising, maintaining, and administering overseas forces and a political leadership that was wholly unsuited to these challenges.

It is also possible to register by clicking the following links:

Register here for the afternoon session (1 May 2pm to 4pm)

The conference will be undertaken using the 'Zoom' software which is freely available. It may not be necessary to load the software to your PC / iPad etc: but we would recommend doing so if you wish to participate in this event.

Dr Aimée Fox is a lecturer in the Defence Studies Department at King's College London. Her first book, Learning to Fight: Military Innovation and Change in the British Army, 1914-1918 won both 2018 British Army Military Book of the Year and 2018 Society for Army Historical Research's Templer Prize for Best First Book. She is currently editing the military correspondence of Major General Guy Dawnay on behalf of the Army Records Society for publication in 2022. 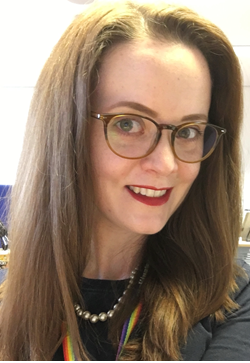 Despite having spent 45 years in the Civil Service, Dr Roger Pritchard has maintained a lifetime obsession with the Great War first stimulated by an accidental visit to the Western Front in 1956.  A WFA member since 1982, his interests focus on the sociology of the British Army, 1914-18, and the Gloucestershire Regiment, with which he has family connections.  Finally retiring at the end of 2016 on reaching 70, rampant boredom led him to undertaking the MA course at Wolverhampton.  This talk derives from his recent dissertation. Rocky Salmon retired as a Captain in the Royal Navy in 2019 after 35 years of service. Before retiring, Rocky managed the UK’s current Chemical and Biological Protection Capability Delivery Programme. His MA dissertation at Wolverhampton University examined how the triage and treatment of gas casualties was managed through the Great War. He is a member of the International Guild of Battlefield Guides. 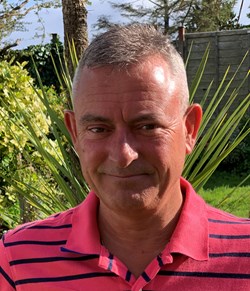 George Morton Jack is a British historian whose research has focused on global aspects of the First World War. His most recent book The Indian Empire at War (new edition 2020) was the first global narrative history of the Indian Army 1914-18. Antonia Newell was a GP in Swindon for 31 years. Following her retirement, she undertook a MA in History of Britain and the First World War at Wolverhampton University. Her dissertation ‘Was the Involvement of Women Doctors in British Military Medical Service in the First World War a Success or a Failure?’ was awarded a Distinction. Her general interest is in the history of military medicine, but other research interests include the Artists Rifles, the 14th Division and transcribing her great uncle’s First World War diary. 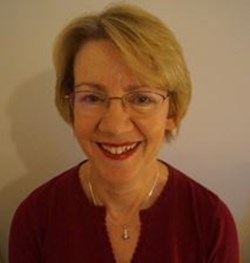 After a thirty-year career in high-tech, Bill Stewart (PhD 2012 University of Birmingham) studies the administration, tactics, and operations of the Canadian Expeditionary Force. He has written "The Embattled General: Sir Richard Turner and the First World War", "Canadians on the Somme 1916: The Neglected Campaign" and 12 journal articles. 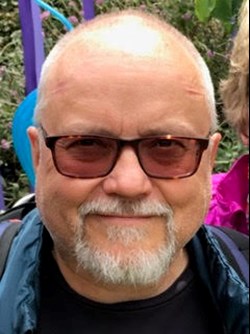 Your Computer, Your Home
ONLINE: A Reappraisal of 1915 - a virtual conference, office@westernfrontassociation.com