ONLINE: The Chinese Labour Corps on the Western Front

Wenlan Peng will give a presentation about the Chinese Labour Corps.

When Britain realised that the war would last longer than expected and was taking its toll on their soldiers at the Western Front, they looked east to China to recruit a labour force of men to work behind the lines. Nearly 100,000 men were shipped over from the province of Shandong to northern France and Flanders. This was the Chinese Labour Corps and, together with a further 40,000 employed by the French, they would become the largest foreign labour corps to serve the Allies during World War I. 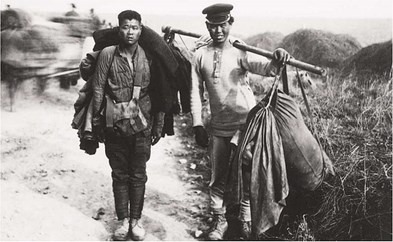 This talk will be given by documentary filmmaker Wenlan Peng, who led The Meridian Society’s three-year heritage project in researching and recording the story of the CLC.

It is also possible to register by clicking this link: The Chinese Labour Corps

Your Computer, Your Home
ONLINE: The Chinese Labour Corps on the Western Front, office@westernfrontassociation.com