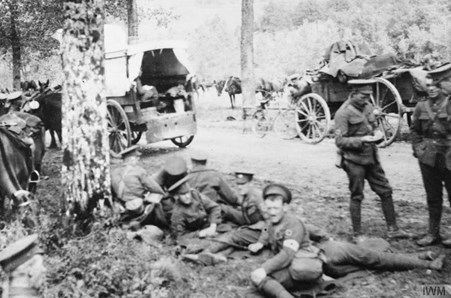 Whilst most who focus on the early actions of the BEF concentrate, with some justification, on Smith Dorrien's II Corps, the 27 August saw a determined and costly stand by men of the 2nd Royal Munster Fusiliers, a detachment of the 15th Hussars and a section of 118th Battery RFA. This small force, acting as the rearguard for Haig's I Corps, fought on throughout the day against the overwhelming numbers of the German X Reserve Corps. Despite bridges being blown and their  eventual encirclement, their stoic resistance would earn the respect and admiration of their comrades and opponents in equal measures, this virtual battlefield tour will follow their defence from the initial contact on the crossroads at Chapeau Rouge to the orchard just outside Etreux where they made their fateful, final stand.

Your Computer, Your Home
Virtual Battlefield Tour #1: The Rearguard Affair at Etreux, 1914, office@westernfrontassociation.com