Virtual Battlefield Tour #4: The First Battle of the Scarpe, 1917 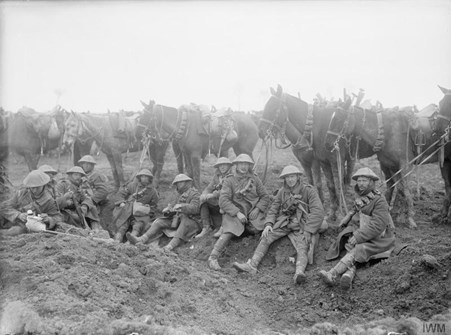 Between the 9 - 14 April 1917, as part of Allenby's III Army, the men of the 12th (Eastern) Division, the 3rd Division and the 56th (London) Division attacked the ground east of Arras between Observation Ridge, through Monchy-Le-Preux to Wancourt. This virtual battlefield tour will follow the movements, battlefield innovations and newly learnt tactics that initially offered hope of a long-awaited breakthrough. It features the importance of the air war in the skies above Arras and considers the counterattack actions of the German 6th Army that would lead to the eventual stalemate across the battlefield. The battle of Arras marked the highest attritional period of warfare for the BEF on the Western Front. Through the eyes, words and memories of the men who fought there, our tour will study the fighting on the Scarpe in the first week of the battle.

Your Computer, Your Home
Virtual Battlefield Tour #4: The First Battle of the Scarpe, 1917, office@westernfrontassociation.com