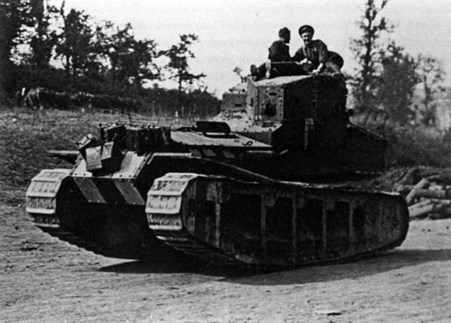 It was the momentous success that heralded the opening of the doors to victory on the Western Front.  Demonstrating superior tactics, operational resilience and material might, the combined allied forces punched up to 8 miles into German Lines. Engulfing five German Divisions, it was the profound effect on morale, of both sides, that proved even more significant than the geographical gains. British troops were buoyed by the success and felt that the offensive spirit was entirely with them to “get the job done”, while 50,000 German soldiers surrendered with no longer even a dim hope of Victory in their mind. General Erich Ludendorff later described it as “the black day of the German Army” - Der Schwarze Tag. This virtual tour will hope to capture the essence of the first day at Amiens following the leading Australian Battalions and the British Cavalry including the incredible story of one Whippet Tank Crew from 6th Battalion Tank Corps that operated for 9 hours behind enemy line inflicting tremendous losses on the enemy.