Just out, the member magazine of The Western Front Association. Bulletin. Issue No. 119. March 2021. 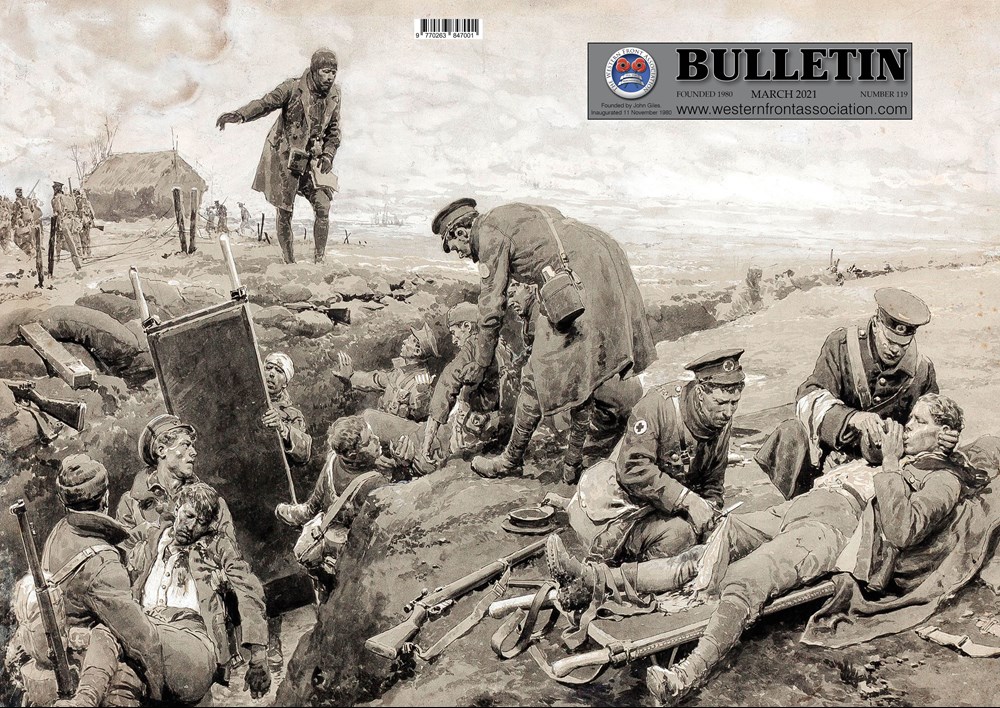 Front and Back Cover: The work of the Royal Army Medical Corps: First Aid in the trenches, R.A.M.C. orderlies gathering the wounded in a British trench after a successful advance. Illustration by Fortunino Matania (1881-1963) used in The Sphere, London, 6th March, 1915.

A squad of stretcher bearers, usually ten in number, has been in the trench with the men, occupying the position shown. They are now proceeding to render first aid to the wounded and to remove them on stretchers where necessary to the second line of bearers, who are at some little distance in the rear. Usually, this work takes place in the dusk or at full night-time. On this occasion, however a successful advance has been accomplished, and the British troops are now occupying the line of captured German trenches. Their own are, therefore, being cleared of wounded. These men will be carried by the second section of bearers down to a position where they will be met by Red Cross ambulance cars, which speedily convey them to hospital.

A prolific Great War artist Matania had a clear and perceptive eye for detail and realism in his work. There are splendidly printed reproductions of every magazine work which the artist completed for the weekly magazine The Sphere, published by the Illustrated London News. www.maryevans.com