A Letter to the Unknown Warrior : For the Attention of Key Stage 3 History Teachers

Every year on 10 November The Western Front Association holds a service of remembrance at Victoria Station to commemorate the arrival, in 1920, of the Unknown Warrior on his journey to Westminster Abbey. Because this year is the centenary of this happening, we had planned a major event which included a steam train coming to the appropriate platform at the station. We had intended to invite schools to join us. As you will guess, Covid-19 has put paid to these plans but the Unknown Warrior is an important figure in our history and we are writing to History Teachers, Heads of History and Humanities, to ask whether you and your students would help us commemorate this event in a different way.

They could choose to write as themselves, a young person in 2020, looking back on the First World War or they could pretend to be someone living in 1920 who has lost someone important to them in the war: a brother, a father or a friend perhaps.

We would like to publish the most interesting and thoughtful letters on our website and in our magazine Stand To! and offer some small prizes for those we enjoy the most. We also hope to be able to make a podcast or webinar on the date of the centenary, of some students reading their letters. As we would like to use some of the letters to mark the centenary they need to arrive with us by 10 November.

We sincerely apologise for the short timescale. We hope it will fit in with your current Year 9/8 Schemes of Work.

When the First World War ended in 1918, about 800,000 British and colonial troops had died and another 200,000 were 'missing'. Some of these were prisoners but most were dead: either they could not be identified or they were never found.  The men and women who died abroad in the war were buried there and many had 'no known grave' so that families in Britain were rarely able to visit a grave to mourn for the people that had lost.

In 1916, while he was in Northern France, the Reverend David Railton came upon a grave in someone’s back garden which had a marker with the words 'An Unknown British Soldier of the Black Watch' written on it in pencil. It gave him an idea. Perhaps one of these unknown soldiers could be brought back to Britain and represent all those who were lost. After the war, he was able to persuade the King and the Prime Minister that this should happen. 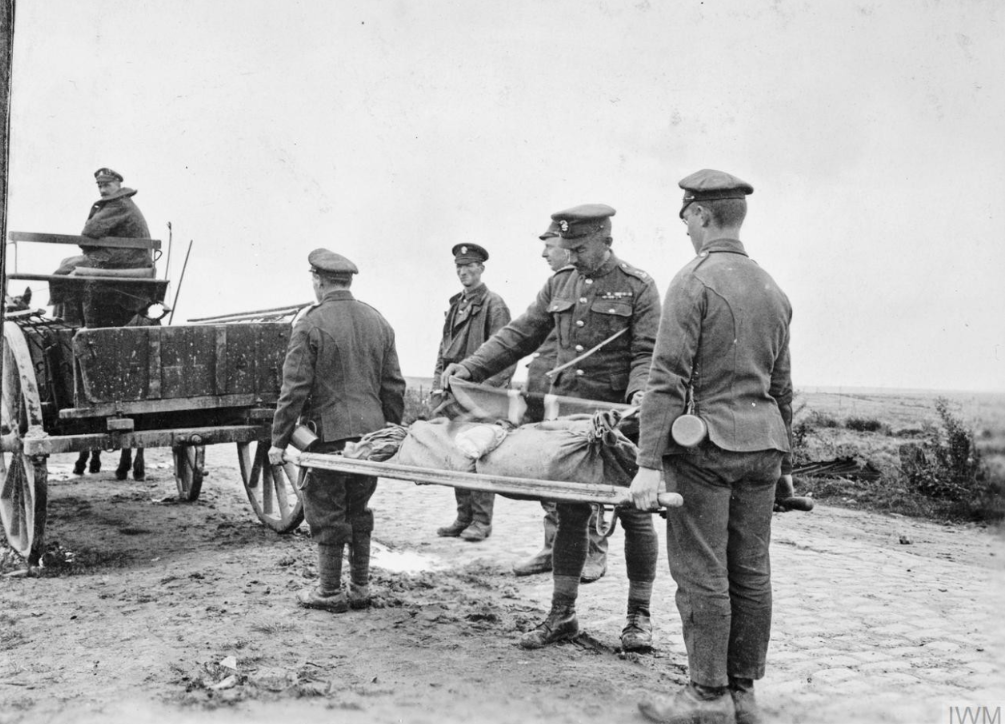 It was important that the chosen Unknown Warrior could never be identified. To do this, on 7 November, the remains of four unidentified soldiers were brought to a chapel in Saint-Pol-sur-Ternoise in northern France. They had been taken from four of the battlefields in France and Belgium: the Somme, Ypres, the Aisne and Arras. They were laid on stretchers and covered with Union flags so no one could see anything that would give a clue about who they were. Brigadier General Louis John Wyatt was given the task of choosing one of these bodies without knowing which battlefield it had come from. The coffin containing the chosen soldier was transported across the Channel to London by train and boat, arriving at Victoria Station on 10 November. The other three bodies were buried near the chapel. 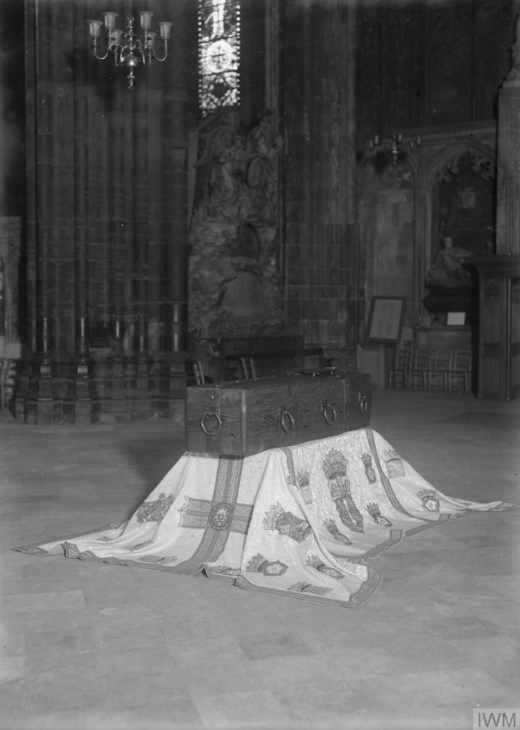 The following day, 11 November, Armistice Day, the Unknown Warrior was taken to Westminster Abbey by horse drawn carriage. Among the soldiers, sailors and airmen in the huge procession that accompanied it were 100 service personnel who had been awarded the Victoria Cross, the medal that recognises the greatest bravery. It also included 1,000 widows who had lost not only their husbands but also all their sons in the war. It stopped at the newly erected Cenotaph where King George V laid a wreath on the coffin. We still lay wreaths at the Cenotaph today to remember those who have died not only in the First World War but in all the wars since then in which Britain has been involved.  The procession then went on to the Abbey where the soldier was buried under a black marble slab brought from Belgium. The grave was filled with soil taken from the four battlefields. Thousands of people lined the streets on that day to see the carriage pass and, in the days that followed, it is estimated that 1,250,000 people visited the Tomb of the Unknown Warrior which shows how important it was as a focus for people’s grief. Many people still visit it today.

You can find out more (including more details about the Cenotaph) here:

Teachers can send letters (no more than 500 words long) to the Unknown Warrior to education@westernfrontassociation.com to arrive by 10 November or, if you prefer, by post to 69, Warren Road, Leyton, London, E10 5PZ.

Students’ names and the names of their schools should be clearly written on their letters and they should be in Years 8 or 9.

Sending letters to us means that you, your students and their parents give us consent to publish them on our website and in our magazine.

We really looking forward to hearing from you!