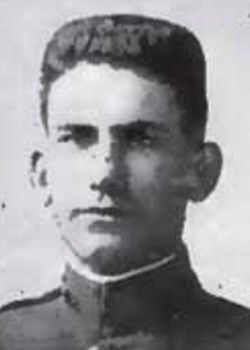 Born 7 June 1896 at Fowler, Benton County, Indiana, Roland was a West Point graduate of the Class of 1918. After training at Fort Sill, Camp Funston and Camp Taylor, he sailed for France on 13 June 1918. Seeing no action and still in training at the time of the Armistice, he moved to Germany as part of the Army of Occupation in Koblenz where, on 17 November 1919, he was shot dead by a disorderly soldier during a dispute. Roland is buried in Fowler and commemorated on the Tippecanoe war memorial.