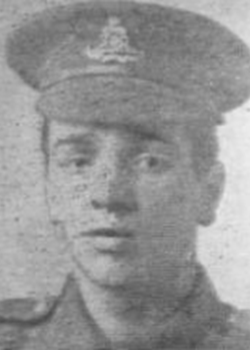 Henry was a weaver at Queensgate Mill, Burnley prior to enlistment.

He enlisted into the RFA in Blackburn on 22nd October 1915 and, after a year of training in the UK, embarked for service on the Western Front on 19th October 1916.

He is buried in Vlamertinghe New Military Cemetery, Belgium.