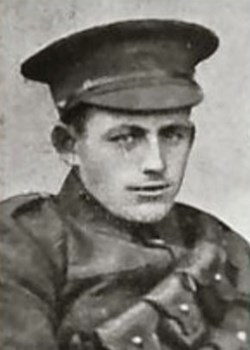 One of five boys, his father, from Aberdeen, ran a market gardening business out of Fleet Farm, Finchampstead.

At the outbreak of war in 1914 Frederick was living on his father’s farm and was working as a labourer and bricklayer.

Fred enlisted at Salisbury in September 1914.

Sent overseas on 18 March 1915, he travelled to Mesopotamia, joining up with his battalion en route from India.

Frederick was killed in action near Kut al Amara on 21 January 1916. He was single. He has no known grave and he is now commemorated on the Basra Memorial.

Frederick's older brother Arthur was killed on 26 September 1917 and is buried in the Lijssenthoek Military Cemetery, Poperinge. While his youngest brother Harold, who had joined the navy age 15 in May 1914 survived the war. A third brother Harry had emigrated to Australia in 1913.

Initial research by David O'Mara, further researched revealed through the Pension Record that enabled certain identity of the family. 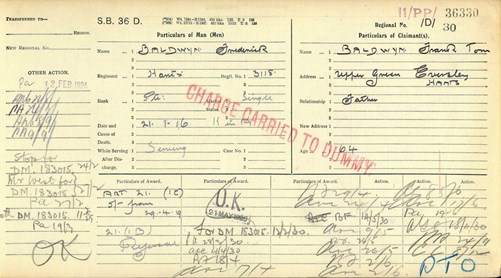 Pension Record Cards can be searched on Fold3 (part of Ancestry) for free via your WFA Member Login.