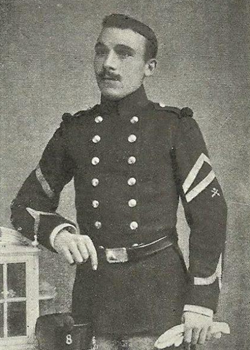 Frans enlistmed in Dendermonde in August 1914.

Born on 1 May 1884 in Dendermonde (Belgium), a small town outside of Brussels to parents Jozef (Joseph) Leopold Paque and Joanna Hofman.

A volunteer soldier since 1903, 108/5106 Sergent-Fourrier, 1st Battalion, 8th Line, 3rd Company was killed in action at Boninne (Belgium). He was initially buried at Boninne, then repatriated on 21 April 1922 to Dendermonde. 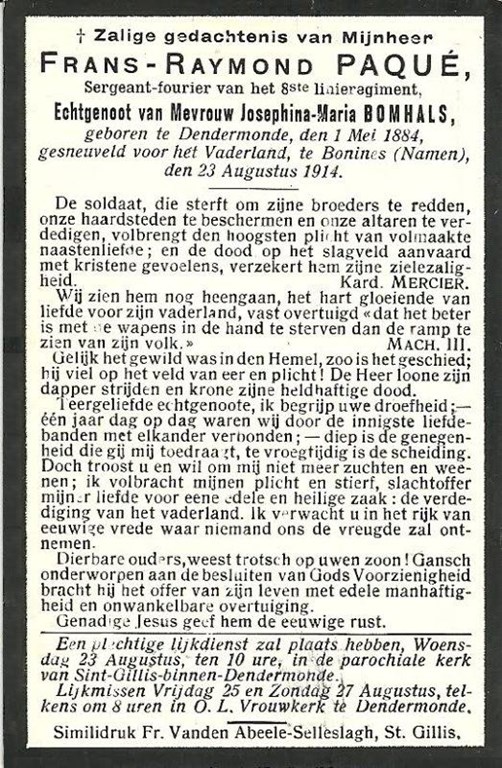 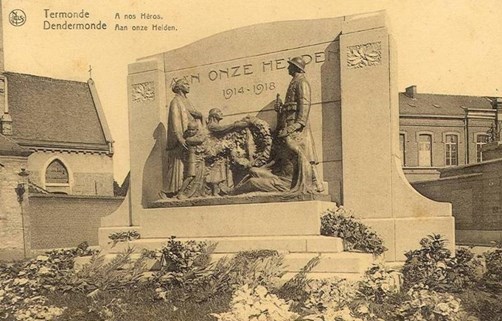