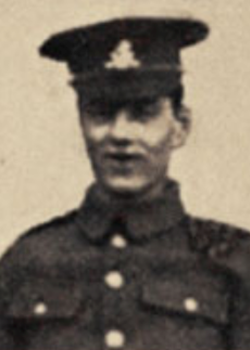 Wounded on a number of occasions, John always returned to the front.

Born at Cononley, North Yorkshire in 1895, John was a builder living in Bradley-in-Craven at the time of his enlistment. Enlisting at the beginning of the war, John was serving on the Western Front by mid-1915. Wounded by gas and shrapnel during the phosgene attack of 19 December 1915, he spent some time recovering at Woolwich before returning to the front in 1916.

Wounded again near Contalmaison in July 1916, he spent a further eight weeks in hospital before yet another return to the front. John was killed in action whilst serving in the Ypres Salient on 23 May 1917 and he is now buried in Railway Dugouts Burial Ground (Transport Farm), Zillebeke.

John was twice mentioned in despatches.