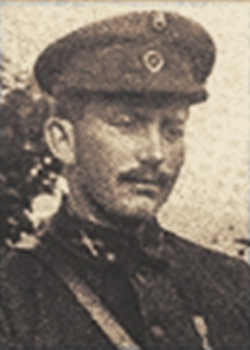 Born at Furfooz, Namur on 14 September 1890, Arthur was an officer of the reserve at the time of the outbreak of war.

Mobilised on 1 August 1914, he saw action at the Battle of Halen and the Battle of the Yser before settling into the static warfare on the Yser front from the winter of 1914 through to 1916.

Arthur was killed in action after being fatally shot through the mouth – possibly by a German sniper - near Steenstraat, Flanders on 26 April 1916.

He was buried in the Belgian Military Cemetery at Hoogstade.