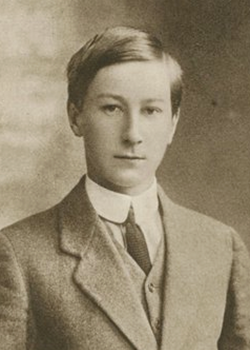 He was the son of Robert Henry Maude, 5th Viscount Hawarden and Caroline Anna Mary Ogle.

At the time of the 1901 Census the family of three, parents and 7 month old Robert, lived at White Hill Chase, Hants with four domestic servants: cook, parlour maid, house maid and nurse.

He succeeded to the titles of 6th Viscount Hawarden and 8th Baronet Maude and 6th Baron de Montalt of Hawarden in 1908.

He was educated at St. Michael's, Westgate-on-Sea, Kent (preparatory school), Winchester, and was up at Christ Church College, Oxford from 1908 until 1912, during which time he was a member of the University Contingent of the Officers' Training Corps.

He graduated from Christ Church with a Bachelor of Arts degree before joining the Coldstream Guards on the outbreak of war. 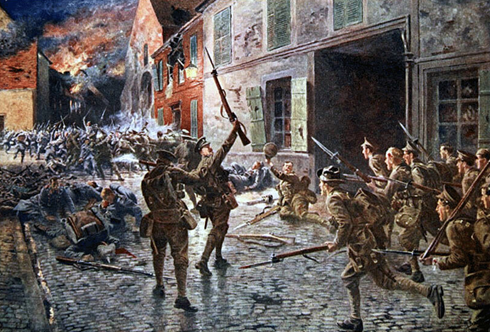 Hawarden died of wounds received in action at Landrecies on the night of the 25th-26th August.

Probate was granted to his mother, The Right Honourable Caroline Anna Mary Viscountess Hawarden. There was a mess bill of 8s 6d and his servant's wages to pay.

Additional photograph of Sir Robert as a boy from Find A Grave.