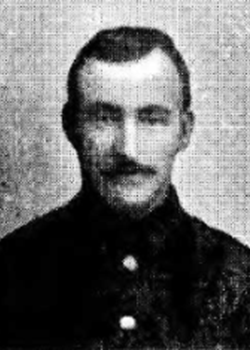 9 July 1908 he married Jane Jackson and they lived on Coburg Street, Leith. They had two sons (Alexander and Allan) and a daughter (Susan)

On mobilization rejoined his Regiment 17 August 1914.

He was shot through the head by a German sniper while helping to repair the trenches at Houlines 30 Jan 1915. He children would have been ages 5, 4 and 18 months.

He is buried in the military cemetery at Houlines. 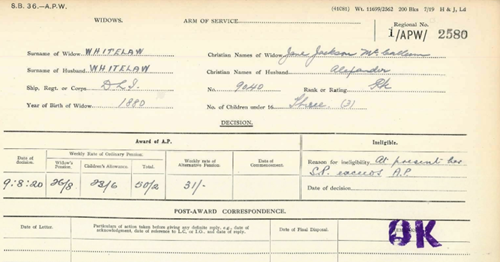