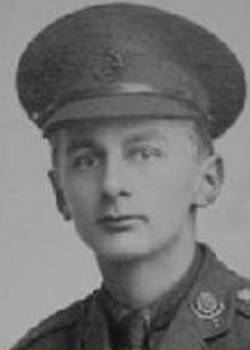 A keen sportsman, he was also a member of the OTC at Sedbergh

A keen sportsman, he was also a member of the OTC at Sedbergh and was gazetted as a 2nd Lieutenant in the 4th East Lancashire Regt (TF) in February 1913. Promoted to Lieutenant in November 1914, Henry was selected to remain in the UK when his battalion moved to Egypt and to spend some time in the reserve at Southport engaged in the training of new drafts of recruits. Promoted to temporary Captain during this period, he relinquished this rank to enable himself to be made available for overseas service and, therefore, went out to Egypt as a lieutenant attached to the 8th Manchester Regt. Henry was promoted back to Captain in January 1915 whilst in Egypt (allegedly he was the youngest Captain in the British Army at this point), and he was re-attached to his own battalion and he moved to the Dardanelles with them in May. He was killed by a rifle shot during an attack on Turkish trenches on 4 July 1915. Henry is commemorated on the Helles Memorial.