The Western Front Association recently saved from destruction around 8 million pension records of First World War Soldiers. These unique records massively help genealogists, military historians and those researching their family history to find hitherto unknown details about those who were killed and survived the Great War.

Here's a few of the numbers relating to these records:

In order to take the records, these had to be removed from the MoD warehouse where they had been stored for many years. To ensure re-assembly and access to the records was possible after the move, the records  had to be colour coded and indexed prior to the move from the MoD site to the WFA site.

The first step was therefore to colour code and sequentially number every single drawer.

The saved records cards (not including the ledgers) were loaded onto a total of 82 pallets. These pallets contained 546 wooden 'units' of drawers - with six different sets of cards within these units. The total number of drawers of cards within these units is 2,534 which are estimated to contain between 6 and 8 million records. The different types of cards and the different size of wooden units (the units contain anything from two to eight drawers and are therefore of different sizes) meant the re-assembly into 'type of card' and then into alphabetical order was extremely complicated. The drawers were also different sizes due to the various types of card having different dimensions.

In addition to the cards, over 15,000 books of ledgers were to be saved. The total number of pages of ledgers here is in the order of 1.5 million. These ledger books were put into 840 cardboard boxes: each box containing approximately 19 books of ledgers. These were also loaded onto pallets.  The original storage of these was not 100% accurate in terms of the order, so a very large exercise (over a number of visits) had to be undertaken to re-assemble the 15,000 books into strict order. These books of ledgers were then carefully indexed according to type and region.

One hundred years of dust and grime meant all this was a very dirty job, not helped by the discovery of a long-dead rodent within the cards.

All of this took place before the scanning could commence !

The WFA's Pension Records are a real 'game-changer' for those looking to research relatives who served in the First World War. Such research is a fitting way to remember the sacrifice of those men who didn't come home at the end of this conflict. 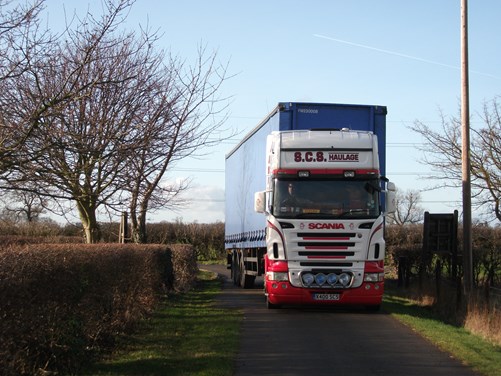 The arrival of one of the three HGVs at the WFA's secure storage site. 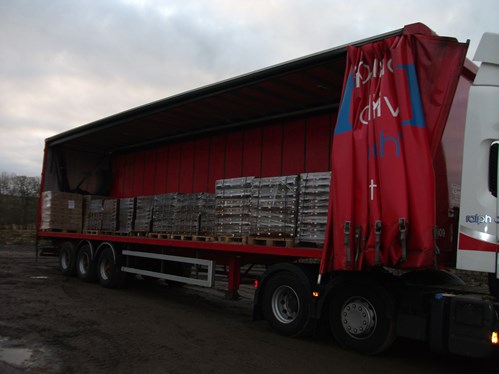 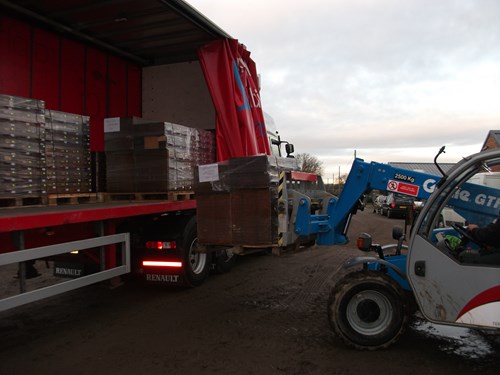 One of the early pallets being unloaded 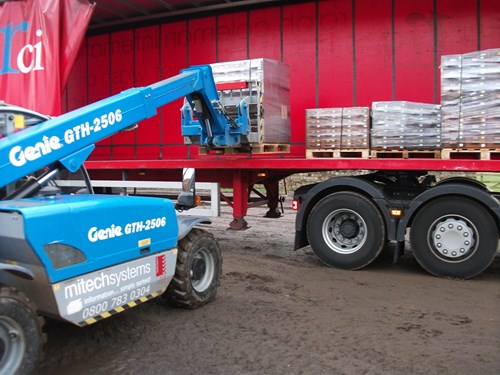 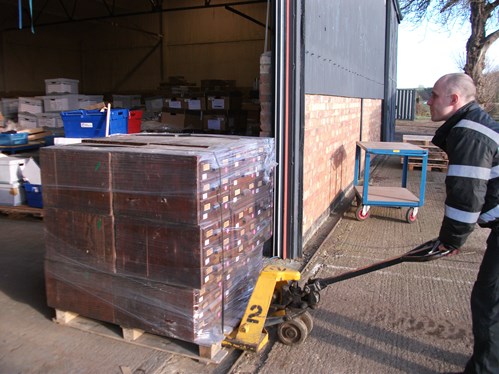 Into a 'holding' warehouse before re-assembly 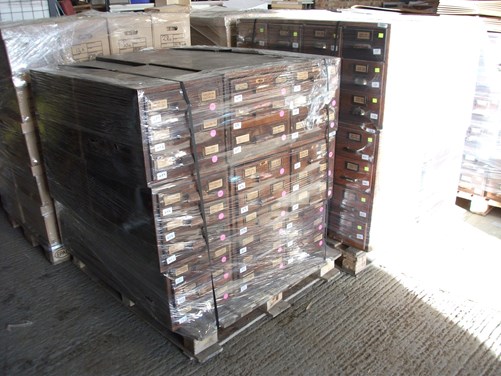 Just one of the pallets, showing the units in which the drawers were stored. The nearest unit has pink labels ('soldiers survived') the one behind has yellow labels ('soldiers died'). Other colour coding was used for various other sets of cards. 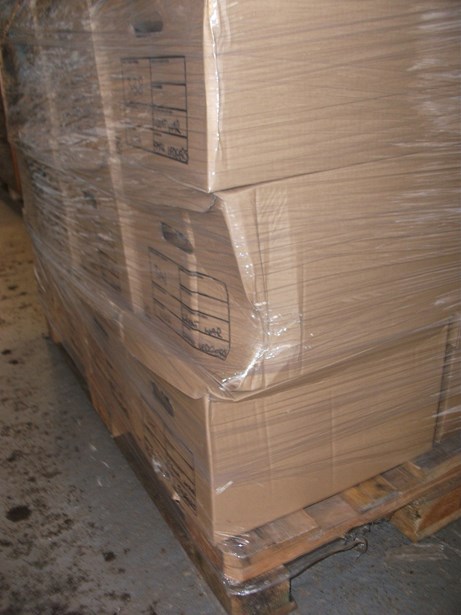 Another pallet, this time containing cardboard boxes full of ledgers. 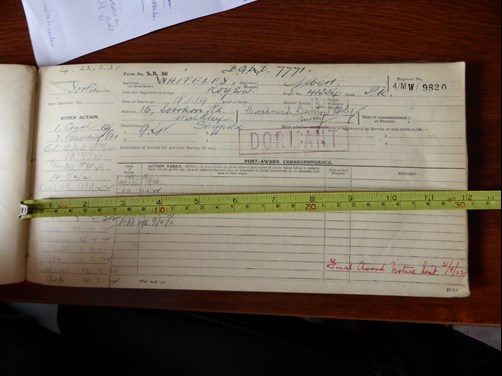 One page of one of the books of ledgers, (Robert Whileley, pension reference 4/MW/9820) showing the size of these 'in real life'.
The coding is complex - this is region 4 (Yorkshire) / Military Pension (ie army) for someone with a surname beginning with 'W' / Book 98, page 20. 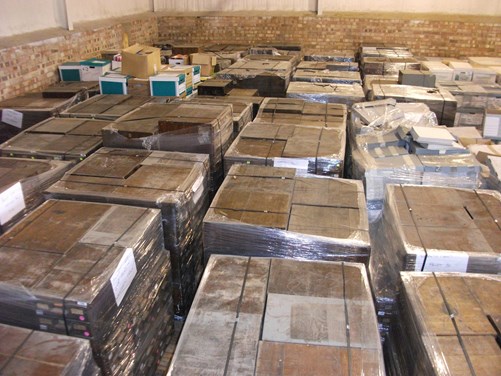 The jigsaw puzzle before re-assembly starts 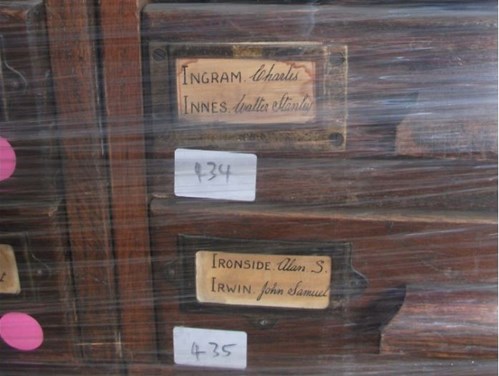 A close up of one of the units, showing the individual drawer numbering within the 'pink' run. 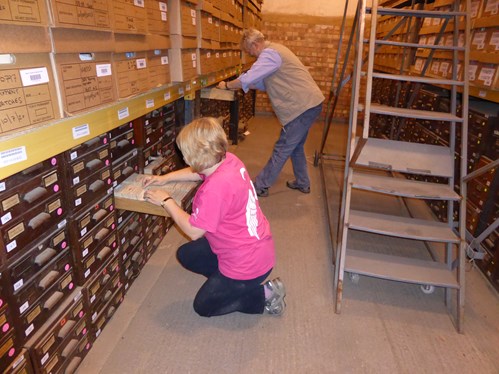