A number of Canadians earned the highest award for valour during the Battle of Hill 70.

For most conspicuous bravery, courage and devotion to duty. After the capture of a position, the enemy massed in force and counter-attacked. The situation became very critical, all wires being cut. It was of the utmost importance to get word back to Headquarters. This soldier and one other were given the message with orders to deliver the same at all costs. The other messenger was killed. Private Brown had his arm shattered but continued on through an intense barrage until he arrived at the close support lines and found an officer. He was so spent that he fell down the dug-out steps, but retained consciousness long enough to hand over his message, saying 'Important message.' He then became unconscious and died in the dressing station a few hours later. His devotion to duty was of the highest possible degree imaginable, and his successful delivery of the message undoubtedly saved the loss of the position for the time and prevented many casualties. 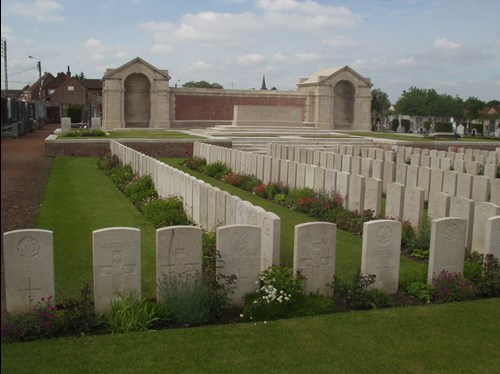 On August 21, 1917, at Hill 70 Lens, France, Company Sergeant-Major Hanna's company met with most severe enemy resistance at a heavily protected strong point, which had beaten off three assaults and all the officers of the company had become casualties. This warrant officer, under heavy machine-gun and rifle fire, coolly collected and led a party against the strong point, rushed through the wire and personally killed four of the enemy, capturing the position and silencing the machine-gun. This courageous action was responsible for the capture of a most important tactical point. 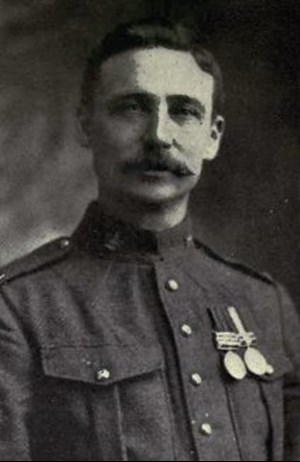 During a strong enemy counter-attack a Lewis gun in a forward post in a communication trench leading to the enemy lines, was buried by a shell, and the crew, with the exception of one man, killed.

Sjt. Hobson, though not a gunner, grasping the great importance of the post, rushed from his trench, dug out the gun, and got it into action against the enemy who were now advancing down the trench and across the open.

A jam caused the gun to stop firing. Though wounded, he left the gunner to correct the stoppage, rushed forward at the advancing enemy and, with bayonet and clubbed rifle, single handed, held them back until he himself was killed by a rifle shot. By this time however, the Lewis gun was again in action and reinforcements shortly afterwards arriving, the enemy were beaten off.

The valour and devotion to duty displayed by this non-commissioned Officer gave the gunner the time required to again get the gun into action, and saved a most serious situation. 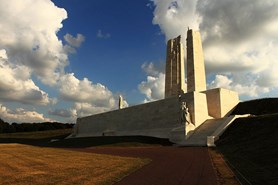 Serjeant Hobson is commemorated on The Vimy Memorial 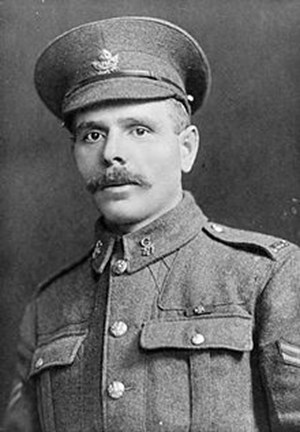 For most conspicuous bravery and leadership when in charge of a section in attack. His section had the difficult task of mopping up cellars, craters and machine-gun emplacements. Under his able direction all resistance was overcome successfully, and heavy casualties inflicted on the enemy. In one cellar he himself bayonetted three enemy and attacked single-handed seven others in a crater, killing them all.

On reaching the objective, a machine-gun was holding up the right flank, causing many casualties. Cpl. Konowal rushed forward and entered the emplacement, killed the crew, and brought the gun back to our lines.

The next day he again attacked single-handed another machine-gun emplacement, killed three of the crew, and destroyed the gun and emplacement with explosives.

This non-commissioned officer alone killed at least sixteen of the enemy, and during the two days' actual fighting carried on continuously his good work until severely wounded.

Konowal is the only Ukrainian recipient of the Victoria Cross. 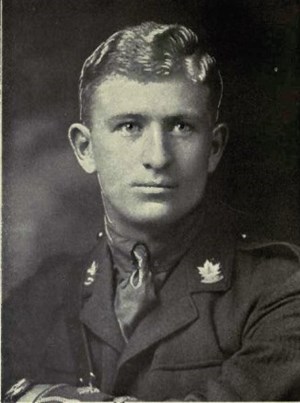 On 18 August 1917 east of Loos, France, during a determined counter-attack on our new positions, Major Learmonth, when his company was momentarily surprised, instantly charged and personally disposed of the attackers. Later, although under intense barrage fire and mortally wounded, he stood on the parapet of the trench, bombing the enemy and on several occasions he actually caught bombs thrown at him and threw them back. When unable to carry on the fight, he still refused to be evacuated and continued giving instructions and invaluable advice, finally handing over all his duties before he was moved to hospital where he died. 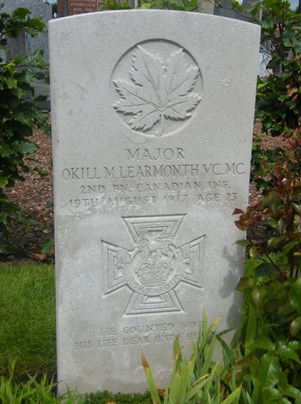