Blasting and Bombardiering by Wyndham Lewis 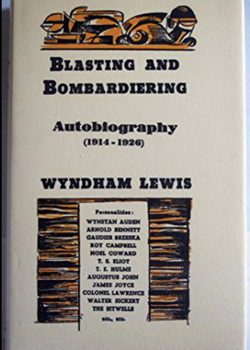 [This review first appeared in Stand To! No. 36 Winter 1992. Members of The Western Front Association have access to the entire back catalogue of Stand To! in our digital archive].

The Imperial War Museum has done much to provide the material for a re-assessment of Wyndham Lewis, both as a painter and as a writer. It ran a well-chosen exhibition of his war paintings under the title 'Wyndham Lewis: Art and War' through the summer and autumn of 1992. It provided a day of lectures on Lewis by art historians, and even offered a night of Vorticist frenzy. And now, as Number Six in its excellent 'Art and Literature Series' it has published a facsimile reprint of Wyndham Lewis's autobiography (1914-1926) which covers his wartime service in the Royal Garrison Artillery and later life as an Official War Artist.

At one stage, Wyndham Lewis was a leading figure in the artistic and intellectual world—he placed himself on a par with Eliot, Joyce and Pound. As Editor of Blast he had challenged the conservatives and romantic optimists of his time. He quarrelled with Bloomsbury and produced paintings which were revolutionary in their use of colour and mechanical stylised images. He was also one of the few Official Artists who had first served as a soldier on the Western Front, often working in that most expendable of appointments—as a Forward Observation Officer. His account of what it feels like to be shelled— and gunners certainly knew what it was to be a well-ranged target—is unrivalled. His descriptions of life as a bombardier-instructor on 6-inch howitzers is equally interesting; and reminds one that his essay on this subject, 'The Bull Run', appeared in Stand To! No. 31.

This is one of those books where it really pays to read both Introductions carefully: perhaps taking Wyndham Lewis's own one first to get used to his jokey and self-aware style; and then going back to the new Introduction by Catherine Wallace which sets Lewis's life and work in context. The final re-assessment is now up to the reader. 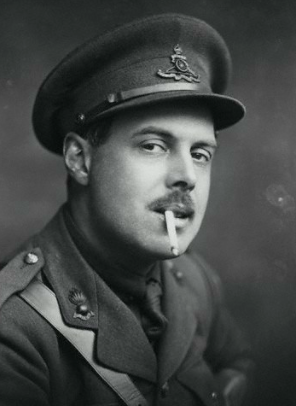 Blasting and Bombardiering was published in 1937. It was in this publication that he first identified the ‘Men of 1914’: Ezra Pound, T. S. Eliot, and James Joyce amongst whom he counted himself.