More Deadly Than War: the hidden history of the Spanish flu and the First World War by Kenneth Davis. 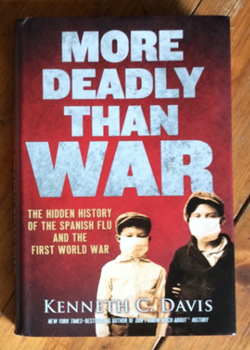 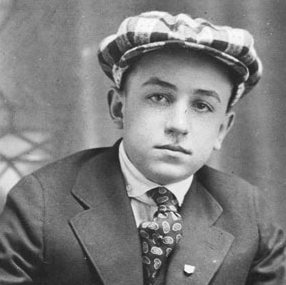 Walt Disney. Age 16 in 1918 Walt Disney had an older brother Roy in the navy and like his 17 year old brother Russell he was eager to enlist. Clearly underage they were turned away. Learning that 17 year olds could join the Red Cross Walt persuaded his mother to sign some release papers, the boys added a year to their age and he was soon learning to drive. Walt however got sick. He went down with the Spanish flu and nearly died. Meanwhile Russell went ‘Over There’ and was in due course joined by brother Walt.

Other names, people we are likely to have heard of are identified. In May 1918 Frederick Trump, Donald Trump’s grandfather, caught Spanish Flu and died.  Admiral Dot the ‘Little Admiral’ in PT Barnum's Circus died too, as did the artist Egon Sheile. No one was spared, no matter where they lived or the position in life. Entire communities above the Arctic Circle, such as Brevig Mission in Alaska were wiped out while the disease ripped through armies -  the scale of the problem not eagerly shared given how much the conflict on the Western Front had become a numbers game. 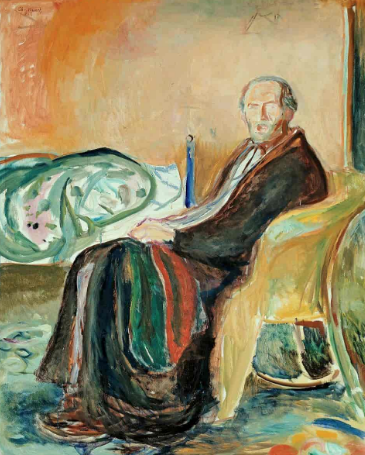 The Norwegian artist Edvard Munch caught Spanish Flu and lived to paint his self-portrait in an image that uncannily looks as if he could have been posing for ‘The Scream’ which he had painted two decades earlier.

Then as now, in the liberal west, wearing a mask was at first not compulsory.

The history, the war, the politics and the medical science as well as popular stories and the famous makes for a rich and insightful mix. The illustrations, though black and white are sharp, well chosen and used spread generously throughout the book.

The story of the Leviathan crossing the Atlantic reads like a horror movie, a ‘floating chamber of horrors’  250 men of 57th Pioneer alone died and were buried in the American cemetery in Lambezellec. 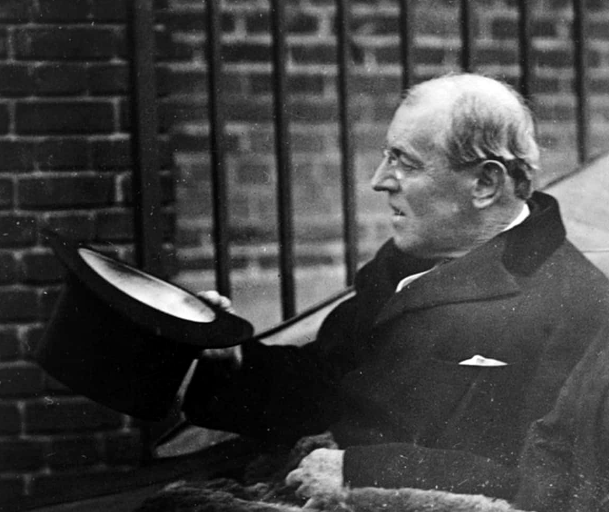 It is reasonable to believe, especially in the light of what we now know about the long-term effects of a virus on the body, that President Wilson having contracted Spanish flu suffered long-term mental and physical damage - many reports say how much he was changed by the experience. Pershing fell ill with Spanish Flu himself; regardless of his experience or the figures relating to those contracting the disease and dying he pressed for more troops. It was only the Army Provost Marshal General Enoch Crowder who stepped in to cancel the draft in September and then again in October 1918 in an attempt to stem the deaths.

In the last chapters we are brought nearly up to date with other pandemics such as SARS in 2002, the cholera outbreak in Haiti in 2002, the various outbreaks of Ebola, and then in 2016 avian fly in China in 2016 as well as the Zika virus in South America.

Policies then were similar to today, to wash hands and stay away from ill. It helped to ‘know the truth of it’ with ‘fake news’ a problem then as it is now.

Cognisant of his audience, ‘More Dead Than War’ has a young adult and school readership in mind, Kenneth Davis goes on to talk about those left behind after the deaths which left broken homes struggling and and even resulted in child labor - children all but abandoned to fend for themselves.

Looking at the history and the First World War, I’d question Kenneth Davis’s view that the war was one ‘that everyone helped to start’ or that ‘enthusiasm’ was the universal feeling of those seeking to enlisted, nor would I agree that ‘an entire generation was’ decimated, especially in North America, but even in a nation such as Britain that was in the thick of the fighting from the start we know that 47% of the eligible men did not fight at all and of those that did go into combat, despite the impression sometimes given, most returned.

I would hope that these matters, having hooked their interest with a few names they might be able to relate to because of the age, fame or notoriety, would be dealt with. Indeed, on a practical note, it is interesting to learn how much of a following Kenneth C.Davies has in education circles. This book, through Teachers Pay Teachers can be supported with copious notes and interactive resources for running classes and he is also the author of the New York Times best seller ‘In The Shadow of Liberty’. He is an educator and can be found on Ted-Ed. He also ran a webinar on 'More Deadly Than War'.