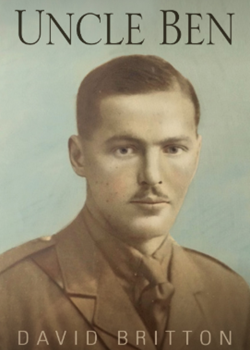 Uncle Ben, (self–published by David Britton, £7.15, Amazon, pb) is one of a number of memorial volumes received for review in the past four years. Essentially, the formula for such works published during the Great War, and early after, comprised juvenilia, letters home and fulsome family tributes. While the commemorative qualities should not be questioned, it must be said few of the new works offer new insights into the war. All, primarily, underline that all who served shared the same terrible experiences of war (and, it must be said, few had the gift of authorship). As the best of ‘modern’ volumes show they must be buttressed by extensive new research. David Britton is among the better new memorialists. He deploys material – including cartoons and sketches by his subject – carefully saved by his family, as well as modern references, to place his uncle in context from his birth to death on the Western Front. Commissioned from the ranks, Clayton died in action near Zonnebeke Redoubt while serving with 2/West Yorkshire Regiment, on 16 August 1917 (together with 9 other officers and 294 other ranks) and gained a deserved, posthumous Military Cross.