This will be the same talk as was scheduled for last year but was postponed due to Covid 19 Lockdown, we are now thrilled that Paul has agreed to do the same presentation for us now things have eased

The talk covers women’s experiences driving ambulances for the British, Belgium and French Armies on the Western Front during WW1.  The talk is complemented by many original, rare and wonderful photographs from Paul’s private collection, and also reflects on the Edwardian prejudices towards women and how their war experiences changed their lives. 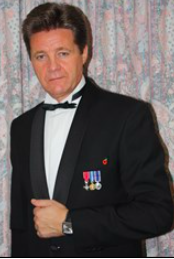 He helped to establish and develop the National Neighbourhood Policing Programme and in 2006 his work was recognised in the Queen’s New Year’s Honours list when he was made a Member of the British Empire, “for services to policing”.