‘Missing-Died-Survived: The Senior brothers and the Great War’ with Guy Senior

‘Missing-Died-Survived’ is the story of three brothers who fought on the Western Front: Joseph, Walter and George Senior. Born in the Yorkshire town of Wakefield, all three were educated at Wakefield Grammar School. Joseph, the eldest, was one of the most academically gifted boys of his generation.
In the 1911 Oxford Senior Examinations, he was ranked first out of 14,000 candidates nationally. He then studied at Clare College, Cambridge, where he graduated in Classics with first class honours.
Initially serving with the West Yorkshire Regiment, he would later volunteer for the Royal Flying Corps and see action over the Ypres battlefront as an observer with No.45 Squadron.
Walter, the middle brother, would also serve with the West Yorkshire Regiment. He would take part in the Battle of the Somme, leading his men on a daring raid of ‘The Triangle’ in the Thiepval sector.
George, the youngest, would serve with the King’s Own Yorkshire Light Infantry and later become attached to the Sherwood Foresters. Only one would come home. 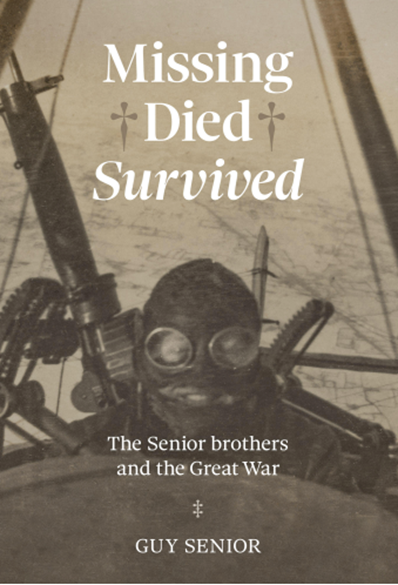