The Western Front Association is delighted to announce the names of those who will receive the PhD Grants Scheme awards for the 2020/21 academic year. The awarding panel were overwhelmed by the number and quality of the applications received this year, which made their decision no easy task.

After some deliberation, the following grants (including their values) were awarded:

Joshua Bilton – “Combed Out”: The Military identities of British conscripts on the Western Front, 1916-1919’

Ashleigh Brown – Commanding the Sky: The development of air command in Britain and the Empire during the Great War, 1914-1918

Kathryn White - ‘The Gospel in Action’: The YMCA, Social Evangelism and the Religion of British Army Soldiers in the First World War

Sofya Anisimova - Russian Military Strategy and the Entente in the First World War, 1914-1917

We are thoroughly looking forward to seeing the outcome of the work carried out by our award winners, as soon as they are able to safely carry out archival research in the near future. 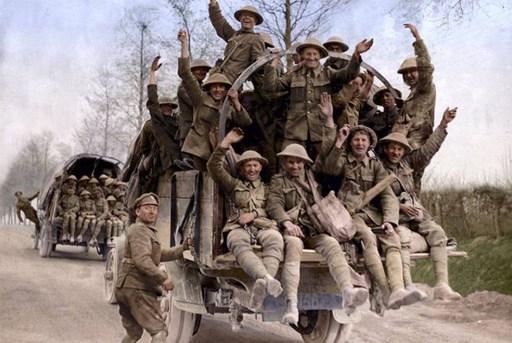