Find here a full contents listing for Stand To! No.126 (April 2022) with part of the introduction to this edition from the Editor.

All standard members of The Western Front Association should have received their print copy over the weekend; all digital members were sent their copy this morning and can also download it via their Member Login.

An introduction from the editor Matthew Leonard

It’s April 2022, and Europe and the world is again staring into the abyss of war. To many of us the notion of a third global conflict has (up to now) been unthinkable. Yet, as Western democracies struggle with Russia’s naked aggression, the possibility of wider conflict increases with every passing day. On the ground, thousands are dying, and millions are being displaced. Many Ukrainian villages, towns and cities, particularly in the east of the country, are being destroyed, echoing the words of John Masefield, and ‘creating a waste so utter that even the ruin was ruined’. Who amongst can see the tragic images from Mariupol, Kharkiv and Kherson and not think of Ypres, Douaumont or Craonne? Plus ça change, plus c’est la même chose.

[Continued in your edition of Stand To! Available to members world wide in print or digital form].

Duel on the Roman Road. A micro–analysis of an artillery–tank action at the Battle of Amiens Part 2 by Geoffrey Vesey Holt and David Pearson FSA. pp.13-21

How to Join the RFC One man’s recollection of joining the Royal Flying Corps by Gareth Jones. pp.22-26

An opening article by Richard van Emden looking at the fascinating story of the three editions of 'Boy Soldiers'.

There are over 2,000 book reviews covering every aspect of the First World War available in the Stand To! digital archive and online under 'World War I Book Reviews'. 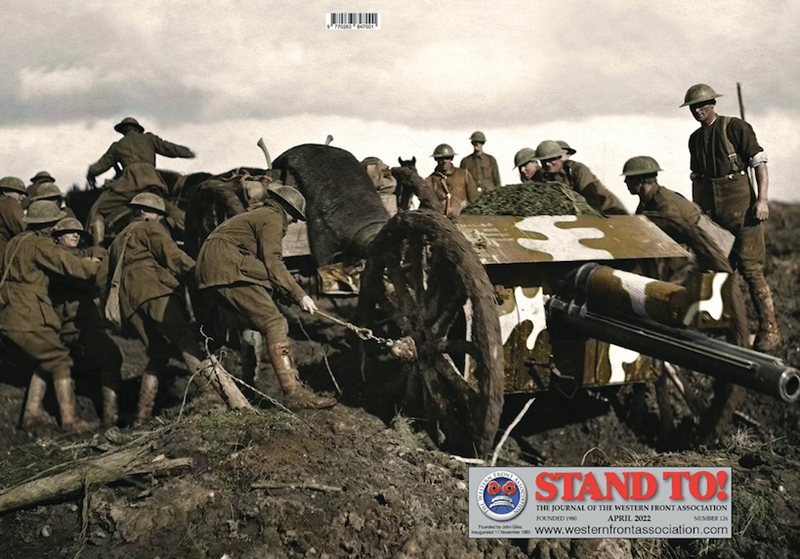