Announcing the publication of Stand To! No.127 August 2022

Members received their August 2022 edition of Stand To! over the weekend. 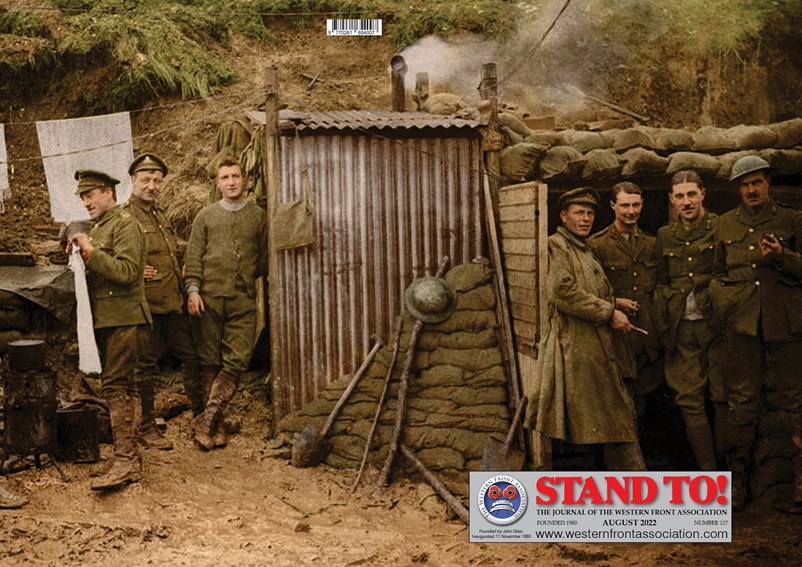 This extraordinary photograph which features across the front and rear cover shows artillerymen outside dugouts, Somme 1916.  A pot is steaming on a brazier made of a tin drum. © Colourised by Tom Marshall at PhotograFix.

Packed full of articles written with flair and a passion for original photographs and maps, and a set of insightful reviews of books on the First World War too - including a special report by Nick Cave on the iconic Battleground Europe series.

Articles in Stand To! this month include:

The Camera Returns (108) by Bob Grundy and Steve Wall

‘Missing, No Evidence Available...’ Whatever happened to Fred Eastwood? by Graham J Howie

Britain’s Changing Influence Over the Design, Development and Deployment of Allied Tanks in the Great War by Cameron Ward

Jackie the Baboon by Dirk Danschutter

The Full Contents Listing for Stand To! No.1 to No.127 has also been brought up to date.