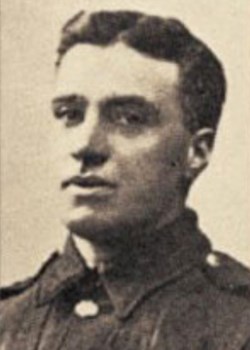 Killed in action near Broodseinde, Ypres

From Settle, Yorkshire, a veteran of the Battle of Aubers Ridge in 1915 and the Somme in 1916, Charles Peachey (by now mentioned in dispatches and promoted to Sergeant and, on occasion, appointed acting Warrant Officer 2nd Class) was awarded the Military Medal for actions during the Battle of Poelcapelle (3rd Ypres) in 1917.

He was killed in action at 9:30am on 11 December 1917 near Broodseinde in the Ypres Salient during routine trench holding duties. Charles is buried in Dochy Farm New British Cemetery, West Flanders.