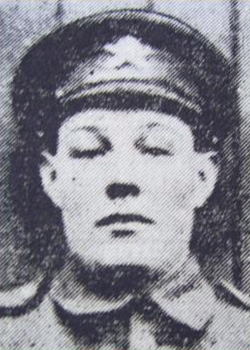 Born in Padiham, Lancashire John was conscripted into the army in Burnley in 1916.

Initially serving as 36184 in the East Surrey Regiment, he was transferred to the Machine Gun Corps prior to embarkation on active service.

He was killed on 12th April 1918 and reported as missing in action.

Having no known grave, John is commemorated on the Ploegsteert Memorial, Belgium.