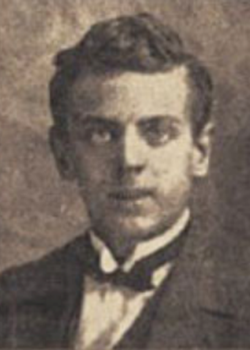 A keen artist in his spare time

Born in Burnley, Lancashire in 1893, Frank was initially lived with his mother and grandparents until his mother re-married. Employed from the age of 12 (part time) as a weaver in nearby Earby, Frank enlisted in 1917.

The son of Mrs I Greenwood of West Lea, Chapel Lane, Grassington, Skipton he had a younger brother Victor and Doris. Age 12 the boys were working part time as cotton weavers. 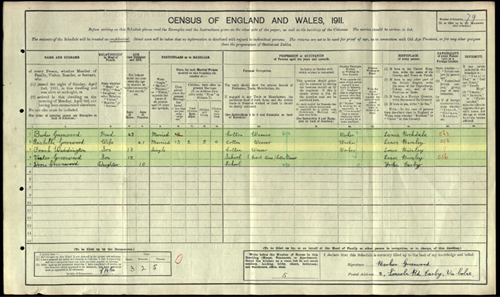 Frank was called up into the RFC in February 1917 and was enrolled in the School of Aerial Gunnery at Farnbourough soon after enlistment.

Whilst training in Scotland, Frank was struck down with tuberculosis and died, age 24, in hospital at Lochdoon, Scotland on 17 June 1917. His remains were transported back to Earby for his funeral and he now lies buried in St.Mary's the Virgin Churchyard, Thornton in Craven.