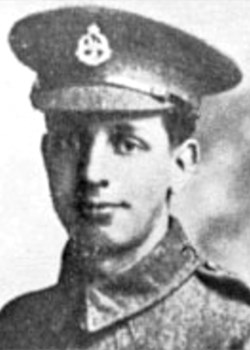 Frank Sagar was born in Barnoldswick, Yorkshire in July 1886 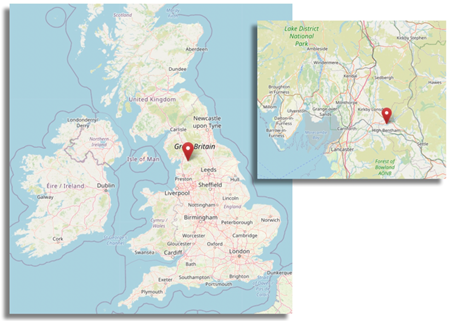 Franks parents were George and Emma - both were cotton weavers. They had married in 1881 and between 1884 and 1901 they had nine children, two of whom died has infants. Like two of sisters and three younger brothers, Frank worked in a nearby cotton mill.  At the time of his death the family lived at 7 Ribblesdale Terrace, Barnoldswick.

Frank enlisted into the East Lancs at Nelson, Lancashire in the first weeks of the war and arrived in France with the 7th Battalion on 18 July 1915.

After seeing action at Pietre in September 1915, his next major role was in the Battle of the Somme where he fought from its first day. Promoted to Lance Corporal, according to the medal record, he was later demoted back to private.

On 16 October 1916, with the first frosts of winter, Frank was wounded by a gunshot wound in the abdomen during the phase of Somme, later known as the 'Battle of the Ancre Heights' (1 October to 11 November). Frank died in a Casualty Clearing Station at Puchevillers the following day.

He is buried in Puchevillers British Cemetery, Somme. 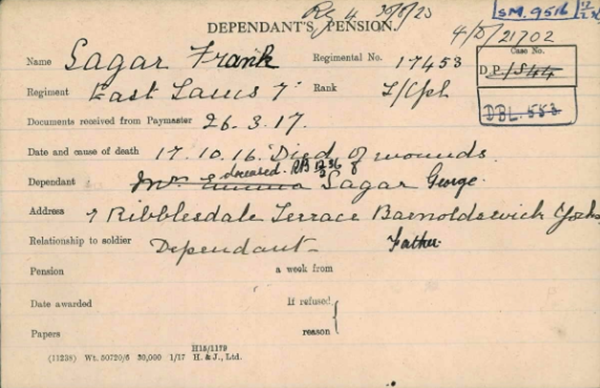