Eugene Linley was born in Inverness in 1893 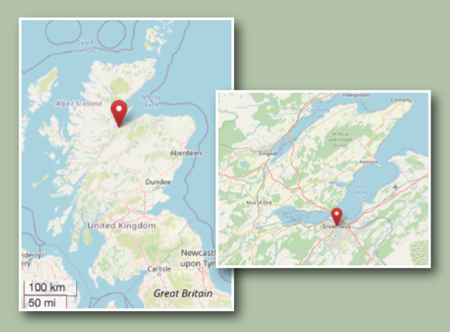 His father Fred was from Huddersfield; his mother was Ellen Louisa.

At the 1901 Scotland census records show that the 8 year old Eugene was living on Muirfield Road, Inverness with his parents and brothers Frederick Kay [b.1890] and Richard Musgrave [b.1898] and a 19 year old domestic servant Mary Fraser.

He enlisted in September 1914.

The 5th (Service) Battalion Cameron Highlanders was formed at Inverness in August 1914 as a battalion of volunteers responding to Kitchener's call to arms. The Battalion was in 26 Brigade in 9th (Scottish) Division. They moved to train in Aldershot and in February 1915 were in Bordon. The 5th Camerons went to France on 10 May 1915. 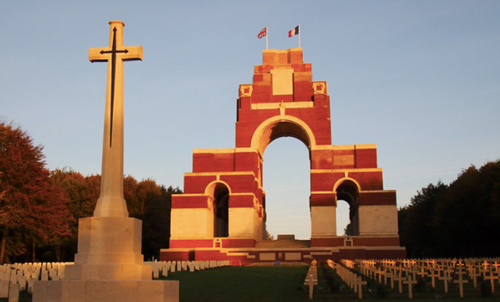 Lance Corporal Linley of B Company was reported missing on 18 July 1916 during the Battle of the Somme. He is commemorated on the Thiepval Memorial 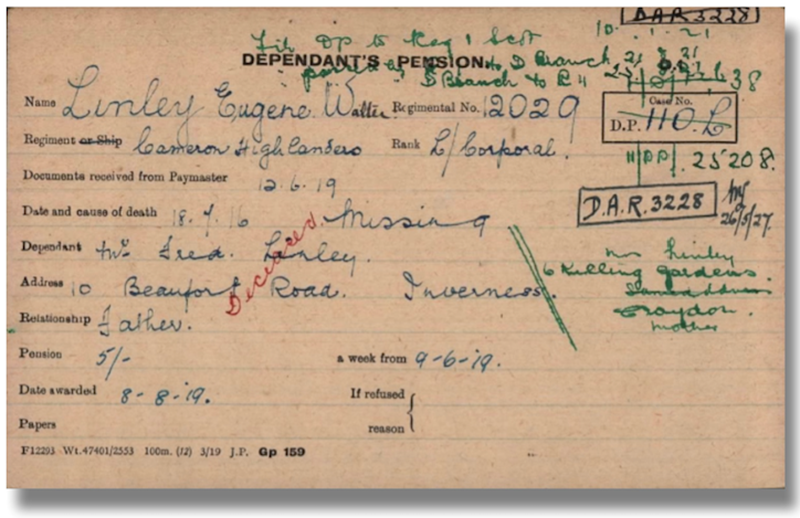 Eugene's older brother Frederick (Kay) served with the Queen’s Own Scottish Highlanders before the war, resigning in 1907. He was working as a bank clerk in Slough when he re-enlisted 2nd September 1914 into the London Scottish (14 Bn London Regiment ) until 19 March 1915/. He transferred on 8 September 1915 and received a gun shot wound in the nose and mouth 29 September. He transfreed again 17 June 1918 to a Distribution Depot with the Royal Air Force as a cadet. He had a short period as L/Cpl before being demobilised 17 March 1919.

His younger brother Richard Musgrave Linley also served with 4th Bn London Regiment [London Scottish]. He was wounded on 30 April 1918 and again in October 1918 and was twice gassed later the same month.