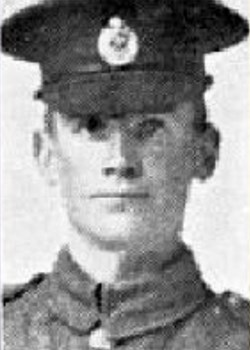 A general labourer like his father before the war, William married to Mary Ann (née Abra) in 1907. Four years later they adopted a son, George who was 4 years old when his father enlisted.

William died, aged 35, of dysentery whilst serving in Egypt. He is now buried at the Hadra War Memorial Cemetery in Alexandria.

His Pension Card show that the couple had lived at 19 Midland St, Broughton Rd, Skipton. 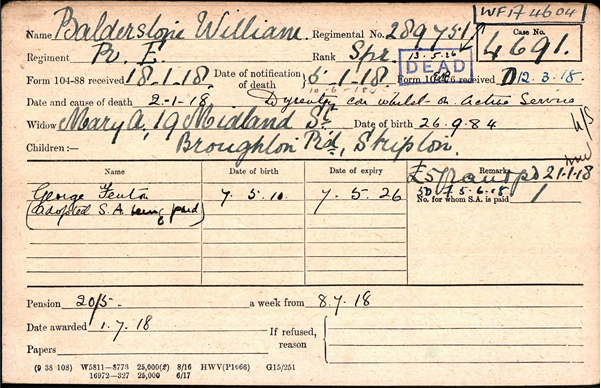