At the 1891 Census the family were living at 122 Walker Road and Andrew was one week old. By the 1901 Census ten years on, the family which consists of parents, Andrew and sisters Rita and Leslie Dean are living at 18 Fifth Ave, Heaton. 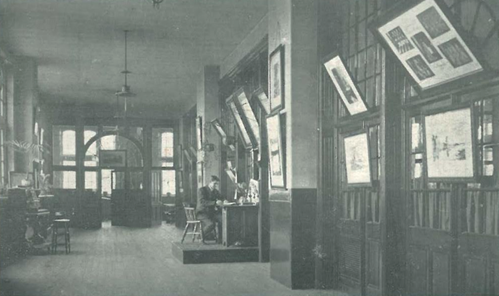 Andrew went to Chillingham Road School a short walk away. At the 1911 Census, now 20, Andrew is living with his parents at 16 Fifth Ave, Heaton and he is working as a bank clerk at the Grainger Street Branch of the London City and Midland Bank. 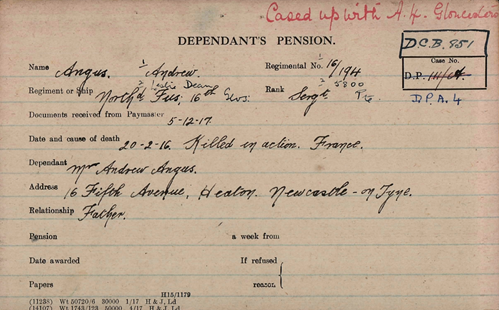 Serving with the Northumberland Fusiliers, he was killed in action 20 February 1916 and is buried in Aveluy Communal Cemetery Extension