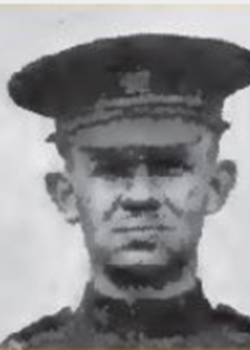 Son of Jonathan B. and Anna Sparks Combs.

Living in Zionsville, Boone County, Ind., when Raymond enlisted in U.S. Regular Army December 23, 1915, Jefferson Barracks, Mo before being sent to Ft Ward, Washington. He then enlisted into the Canadian Army on 18 April 1916 (claiming no prior military service other than service in the Canadian Militia!).

Assigned to 10th Trench Mortar Battery, 47th Battalion, 4th Division. He  was sent overseas with the 47th CEF in October 1916.

After seeing front line service in numerous tours, he was mortally wounded on the afternoon of 20 January 1917, dying later on the same day. He is buried in Villers Station Cemetery, Villers-au-Bois.