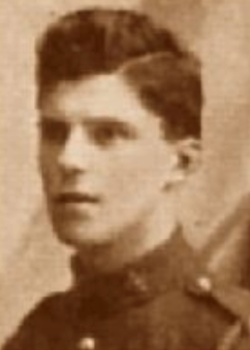 His mother and her sister ran a girls' school.

Frederick was born in Southampton on30 May 1894. His mother and sister ran a girls school. Frederick emigrated to Canada where he became a bank clerk.

He enlisted into the army at Valcartier on 25 September 1914 and was killed during his battalion's attack on the ‘K5 Redoubt' near Festubert on the evening of 21 May 1915. He has no known grave and is , therefore commemorated on the Vimy Memorial.