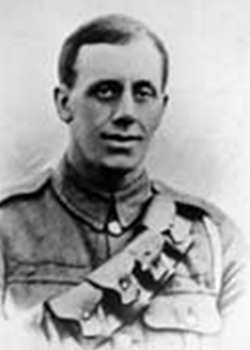 The 49th (West Riding) Division had, following the Battle of the Somme, moved to the Neuve Chapelle area; the division stayed in this sector until 13 July 1917 when it was ordered to proceed to Bethune railway station. After de-training at Dunkirk, the division moved up the coast, taking over the coastal defences at Nieuport on 18 July. 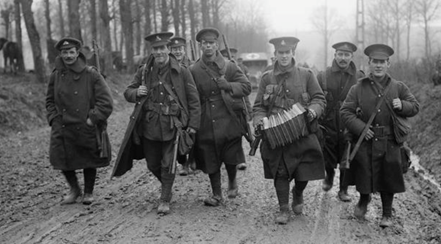 The 1/5th KOYLI took over part of the front line with the 1/4th KOYLI in support of them. The  KOYLIs soon discovered that this was not a quiet sector.

On 19 July the Germans launched an attack but were beaten off. German artillery heavily bombarded the British positions on 20 July and again on the night of the 21/22 July, using a new type of gas shell. This gas, called mustard gas, caused blistering both externally and internally. Because it was colourless and virtually odourless, it gave little warning of its presence. The only sign of the gas was a faint smell of garlic or mustard which was to give the gas its name. Upon coming into contact with it, there would be a slight irritation of the nose and throat followed by sneezing and vomiting; eyes became inflamed and painful, leading to temporary blindness. Coughing continued in survivors for a week.

The immediate effect of the bombardment of 21/22 July in the 1/4th KOYLI was seven men killed and nine men wounded. However this does not include those who had become poisoned by gas; nine officers and 413 men had been affected. The following day, there were a further three officers and 73 men who became affected by the lingering gas. (Casualties in the 1/5th  KOYLI , although bad, were not as high as the 1/4th KOYLIs.)

With casualties as heavy as these the 1/4th KOYLI were withdrawn. However the full results of the gas attack only became apparent over the next few days. One man died of gas poisoning on 22 July and two on the next day. Over the course of the next five days, 82 men died of the effects of the gas; the rate at which the men died then began to diminish, with 20 men succumbing over the subsequent four days.

One of the early gas casualties was George Clement Sutcliffe. George was born in Mirfield on 18 March 1884 to Mr and Mrs James Sutcliffe. Educated at Mirfield Parish Day School, he followed in his father's footsteps by becoming a waterman, being employed by Sam Schofield of Lower Hopton to carry coal by barge between Brighouse and Wakefield. 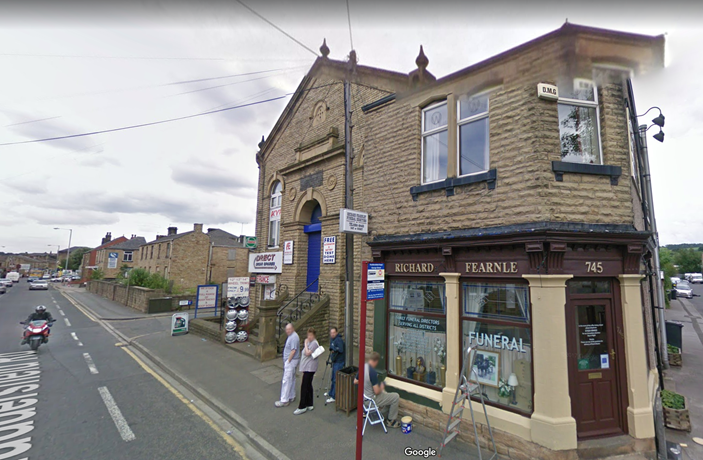 George was married to Amy and with three children Jack, Harry and Moira they lived at 751 Huddersfield Road, Ravensthorpe and he was a member of the Wesleyan Chapel in Ravensthorpe. Before the war George had joined the territorials (possibly the Duke of Wellington's) but, in January 1914, he transferred to the Yorkshire Dragoons (a Yeomanry Regiment based in Wakefield); the reason for him arranging this transfer is possibly due to his barge run terminating in Wakefield.

The newspapers describe George as "...not being of robust constitution..." which is the likely reason for him not being sent to France until December 1916, despite volunteering four times. This posting to France necessitated another transfer, this time to the KOYLI. After spending a few days' home leave and ten days' training, George joined the locally-raised 1/4th Battalion. 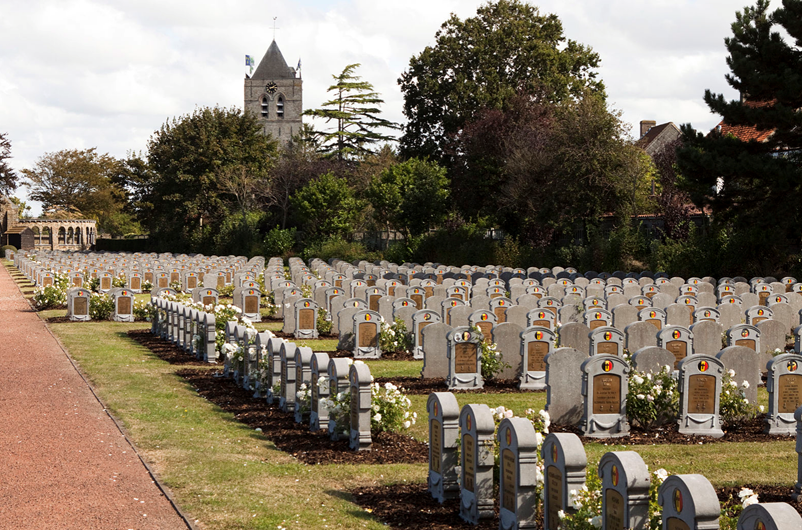 Amy Sutcliffe, George's wife, received a telegram on Tuesday, 31 July 1917 informing her that George had died of gas poisoning on Monday, 23 July. George is buried in Adinkerke Churchyard Extension, on the Belgian coast. Two British Casualty Clearing Stations were here in July 1917, and the graves from these two stations, which number just 70, were made at the rear of a Belgian military cemetery. 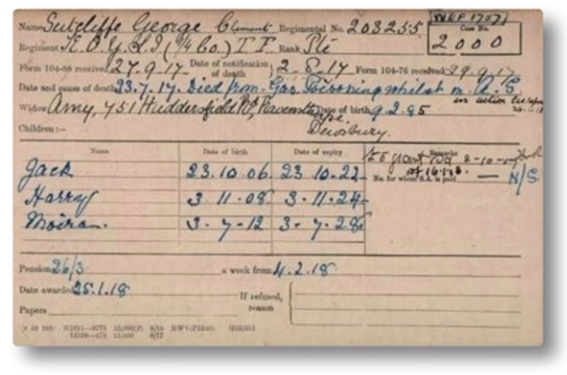 Sources include: The Western Front Association Pension Ledger & Pension Card digital archive on Fold3 by Ancestry, A Street Near You, IWM Art.