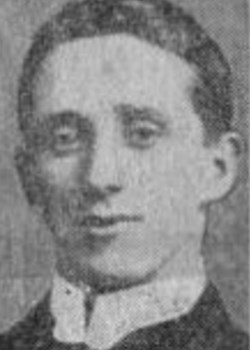 A lithographic printer before the war

Harold Owen was born in Macclesfield, Cheshire to parents William (then 59) and Rebecca (40) in the August 1888 and christened that September. The parents and older siblings worked in silk weaving. Both his father and mother died 3 1/2 years later in April 1891. Having much older siblings it would appear they raised him. Twenty years later, age 23, Howard is living with his sisters Sarah Ann (38) and Emily (30).