Historian Dr Neil Lanctot talks about his recent book The Approaching Storm which explores the domestic debates and discussions that informed America’s response to the outbreak of the Great War and its eventual declaration of war in April 1917. 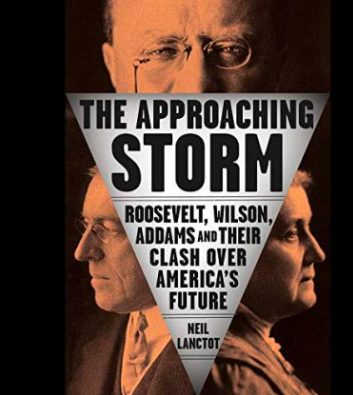 The Approaching Storm explores the perspectives of three prominent US newsmakers: President Woodrow Wilson, former President Theodore Roosevelt and social activist Jane Adams and examines how their views on how America should respond to the outbreak of the Great War in Europe mirrored the wider debate in America at the time.

The Approaching Storm is published by Penguin/Random House. Neil Lanctot, (pronounced “Lank-toe”) is a writer and historian who has written four books.