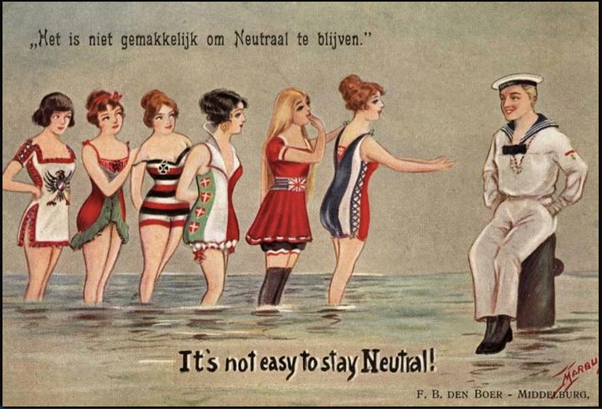 PhD student Pauline Onderwater talks about her doctoral research into the Netherlands during the Great War.

She talks about how the war affected the daily lives of Dutch citizens and how the country navigated neutrality between the Central Powers and the Entente. She also considers the social, political and economic impact of the war on Dutch society. She is a part-time self-funded PhD student at the University of Amsterdam and is also a translator and proofreader.