Accidentally killed by one of his own...

It won't be a surprise to anyone to know that patrols could be dangerous. We have heard recently about 'Patrolling' in a superb online presentation by Fraser Skirrow. 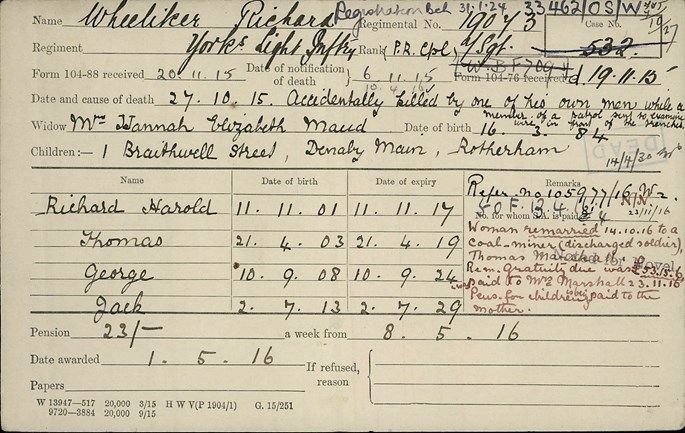 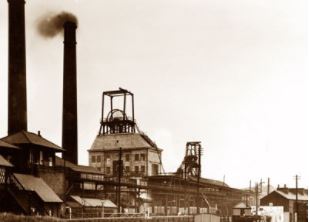 Whilst researching for any further information on Sgt. Wheeliker the following article appeared on a local history web site:

Company Sgt Maj G.Lee, in a letter to Mrs Wheeliker, writes: “That her husband met his death whilst on duty reconnoitring in front of the line at about 11:45a.m. on 24th October. He was returning to his own trenches when he was hit, death being instantaneous. He was buried with full military honours the following day. The whole company send their deepest sympathy with the widow in her sad bereavement.”

The chaplain, the reverent R.T. Bridge, wrote saying that he conducted the burial service over Sgt Wheeliker on Wednesday last. He asks all the relatives to accept his deepest sympathy. 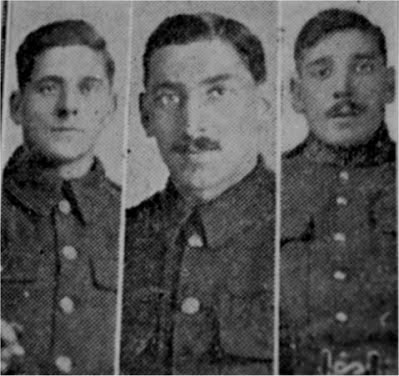 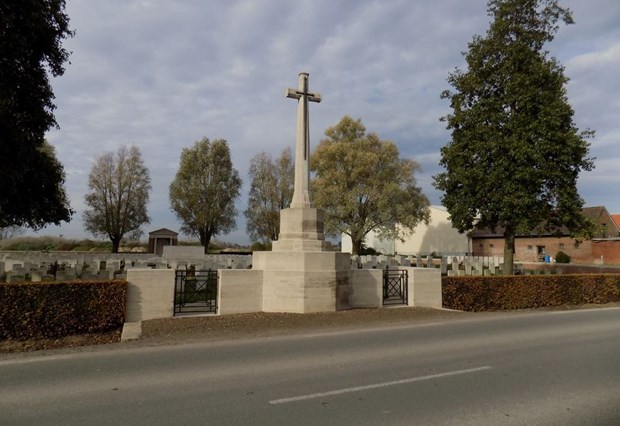