In October 2018 the first of the WFA's Pension Records were published by our partners Ancestry. Since then there have been numerous releases of records, with more to come in coming months. Perhaps now is a good time to remind WFA members of the utility of the records by looking at the first set to be released, which was a small set of Naval Ledgers.

The Naval Records provide records that were originally detailed in a series of 33 large binders (measuring 43cms by 28cms). These comprised 3 'index binders' and 30 'registers'. 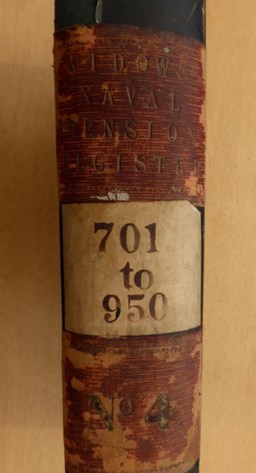 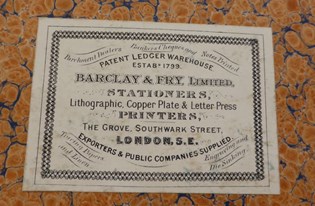 The registers contain a rich resource of information for about 7,500 men of the Royal Navy who were killed "in warlike operations" and whose widows (and, where relevant, children) claimed a pension.  What these records do not include are unmarried men, men from the Royal Naval Division who fought as soldiers (although there is an occasional exception to this 'rule') and Royal Naval officers. Approximately 20,000 men are named in addition in the 'index binders'. 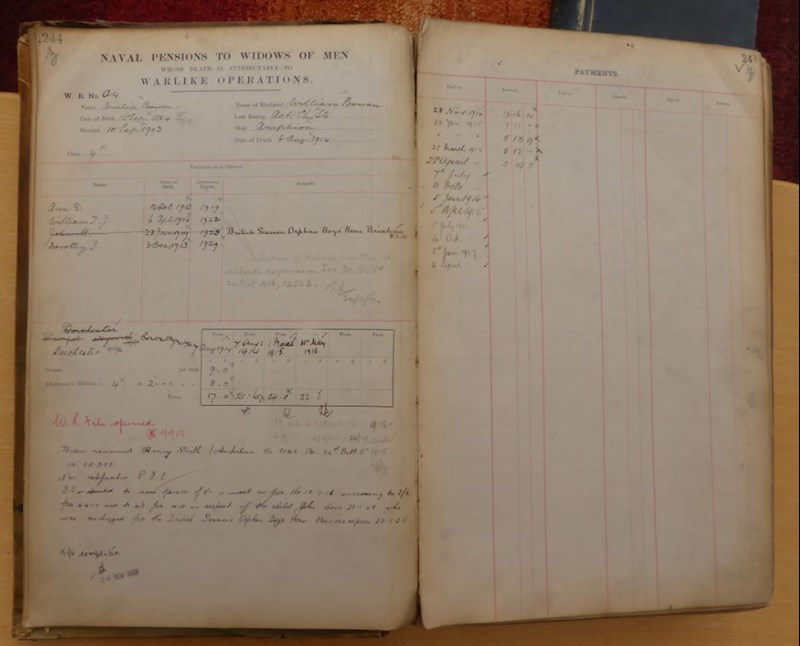 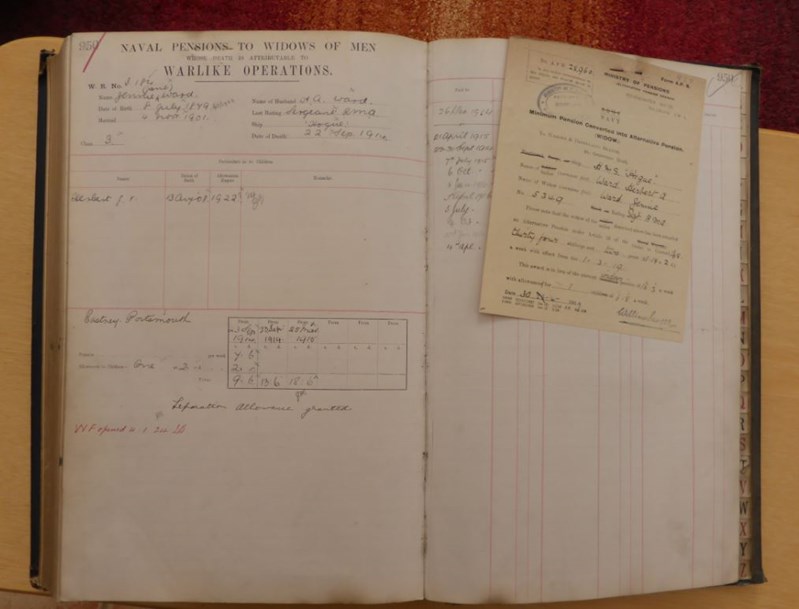 Below is an example of just one of the pages within this set. This is a copy of part of the page of a Naval register detailing the pension paid to the widow of Horace Faulkner (HMS Indefatigable, sunk at Jutland on 31 May 1916). 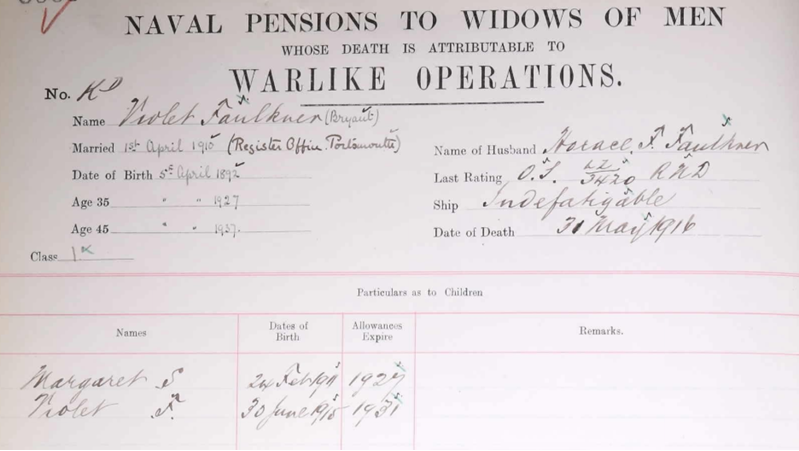 It is possible to interrogate the WFA records to obtain further details of the losses to this ship by using a 'keyword' search of 'Indefatigable' within the Fold3 search engine. 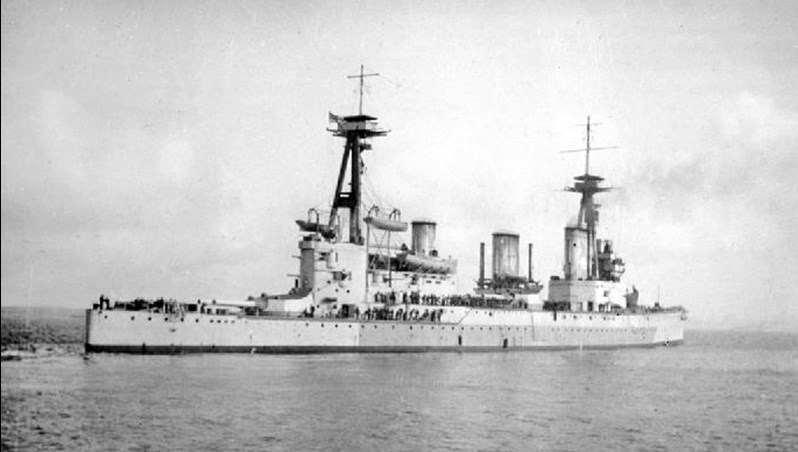 This will produce entries similar to the one above, but also produce other 'hits' such as the record below. This is a second record for the same sailor, this record being a 'card' from the later-published set of Soldiers (and Sailors and Airmen) killed in the war. This will be more familiar to many members who regularly use the WFA's Pension Records. 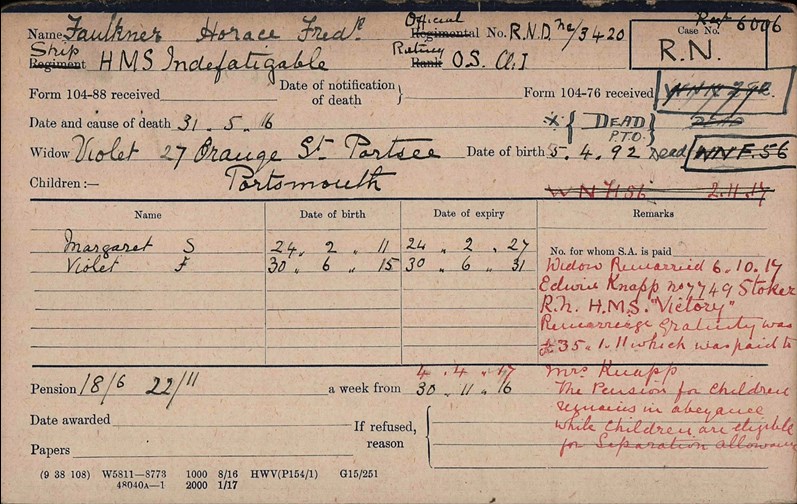 The fact that there are two records here is due to the fact that Faulkner was married and there is an entry for him in the 'Naval Register'.

Further record sets will be coming out in due course, with the possibility of a further record for Horace Faulkner being within the next set to be released.

Once more information about the timing of these records is to hand, details will be shared with WFA members.

The fact that these records are freely available to WFA members is obviously a great reason to join the association.