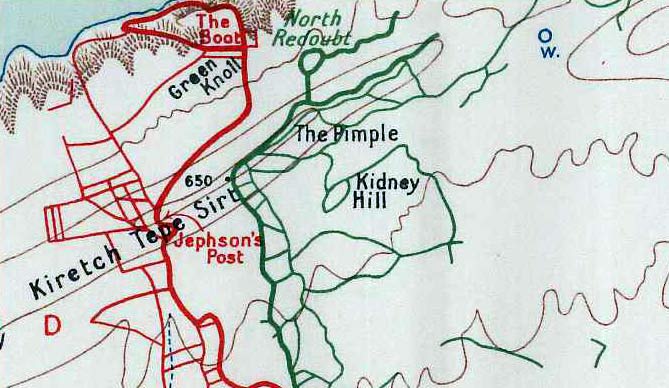 The Suvla Bay landings were part of the 'August strategy' on Gallipoli which was hoped would end the stalemate on the peninsular. One of the attacking divisions was the 10th (Irish) Division (part of Kitchener's New Army).  The division was led by Lt-Gen Mahon.

Throughout 8 August ‘consolidation’ was the name of the game and opportunities for an easy advance were gratuitously squandered. On 9 August, orders were given by Mahon, who by then had five battalions under his control, to capture all of Kiretch Tepe and the Tekke Tepe ridge. The 10th Division attacked at 07.30 supported by naval gunnery from the destroyers, HMS Foxhound and HMS Beagle. The initial slight resistance began to stiffen as they approached the Turkish strongpoint on the highest point on the ridge. But the total opposition still only consisted of the remnants of the three companies of Turkish Gendarmerie (about 350 men) who had been there since the original landing. At 13.30 the 6th Royal Munster Fusiliers captured what was to become Jephson’s Post, but the combined effects of heat, thirst and exhaustion meant that they got no further. On the lower southern slopes of Kiretch Tepe two battalions reached as far as Kidney Hill but again a critical loss of resolve meant they could not stand their ground and they fell back to their original positions. The rocky ground made it difficult to dig trenches and sangars of rocks scraped out and piled up in front of the ‘trench’ were the result of much hard labour. All munitions, food and water had to be brought up the tortuous tracks right along the ridge to the front line and as the hillside positions were exposed to the blazing August sun the shortage of a nearby water supply soon became a prime consideration to all personnel. For my own platoon it seemed best to pool all the water in some large empty biscuit tins, buried in the earth for coolness’ sake, in the neighbourhood of my so-called dugout, and to divide it among the men at certain definite periods of the day. Thus compulsory economy of water was inflicted upon the very thirsty that must have been extremely irritating. On the other hand, they could be sure of having a little left to mitigate their thirst at an advanced period of the day. The water-bottles were to be stacked at the same place, to be regarded as the property of the community and not of individuals, and to be filled by a fatigue party whenever opportunity was presented to replenish the biscuit tins. Meanwhile any derelict water-bottles, of casualties or fools, that might be found lying about were to be deposited there too; then, when there were enough water-bottles, and the habit of husbanding the water had been instilled would again become the property of individuals which is what eventually happened. These details are dull and childish to read now but were at the time a matter of life and death. 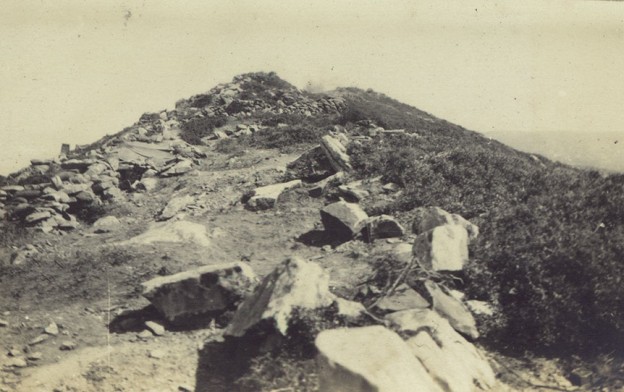 "The line here stretched from the top of the ridge at Jephson's Post down to the sea. Jephson's Post was a strong post manned by machine-gunners, some from the brigade and some from the crew of a naval destroyer which stood about 400 yards off the shore. 'This post was able to command all the Turkish line down to the sea. The destroyer was able to render effectual help on several occasions ; for if there was any movement in the Turkish lines, she at once opened fire with her guns. At night also her searchlight was directed on the Turkish line as it stretched up the hill, rendering the enemy's trenches clearly visible to our troops while our own were in darkness. The trenches here consisted, when the Norfolk battalions first reached the line, only of rifle pits, and the first thing that was done was to make a strong line of trenches and to build dugouts. The gullies behind the line were generally deep and afforded excellent cover, but the country was so cut up by these gullies and so covered by scrub that it was extremely difficult to find the way about." 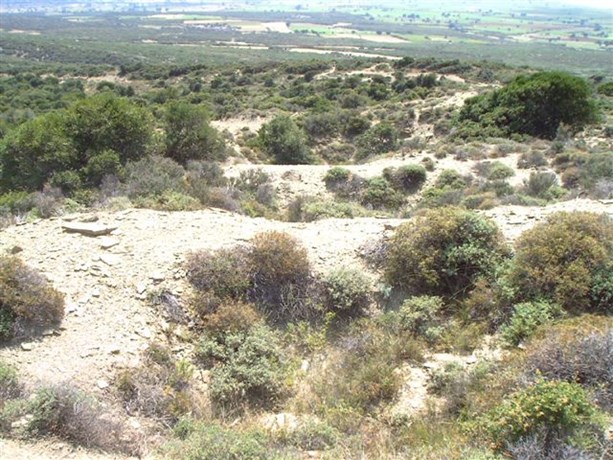 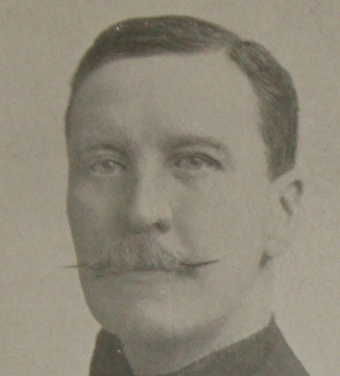 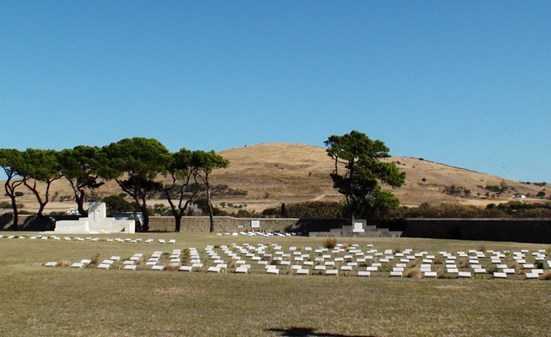 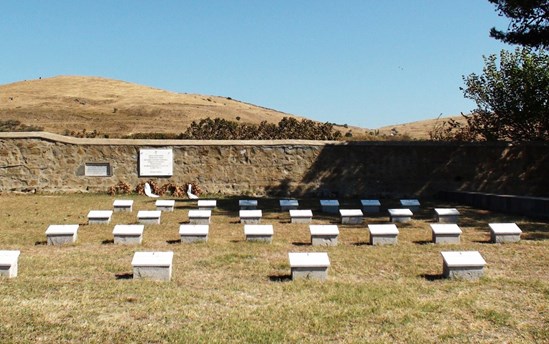