In July 1936, the impressive Canadian National Vimy Memorial was unveiled by King Edward VIII in front of a gathering measured in the tens of thousands. More than 15,000 would then gather for its rededication in 2007 following extensive repairs - and the crowds would again return in numbers in 2017 for the centenary of the battle that resulted in the Canadians taking the ridge on which the memorial stands. Among the audience at all three events was Donald Wood. 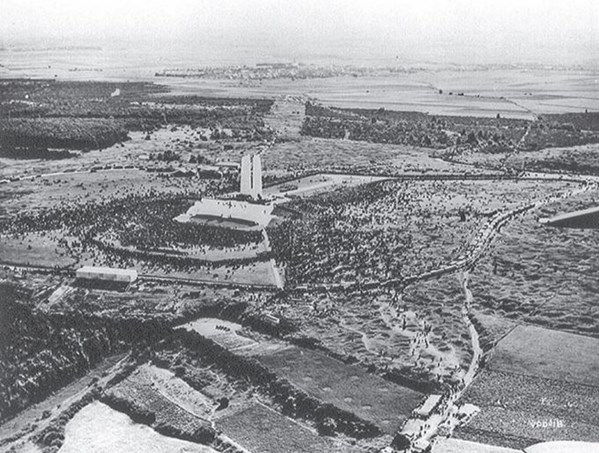 Above: Aerial view of the unveiling of the Vimy Ridge Memorial in 1936. (Picture courtesy of Library and Archives Canada)

Donald, of Alexandria, Ontario, had been eight years old when he set off for Europe for the first time with his parents, Henry and Gertrude in 1936. Their pilgrimage had been to mark the unveiling of the memorial at the site where all four Canadian Infantry Divisions had fought together for the first time - and where his father had served as CQMS with the 13th Battalion (Black Watch) Royal Highlanders of Canada.

The Wood family had boarded the SS Montrose as part of a $160 per head package that covered the voyage, equipment (beret and haversack), insurance, official pilgrimage medal, accommodation, and visits to the scenes of battles, cemeteries, and unveiling of the memorial. Five liners carrying more than 6,400 Canadian pilgrims were given a ticker-tape send-off. 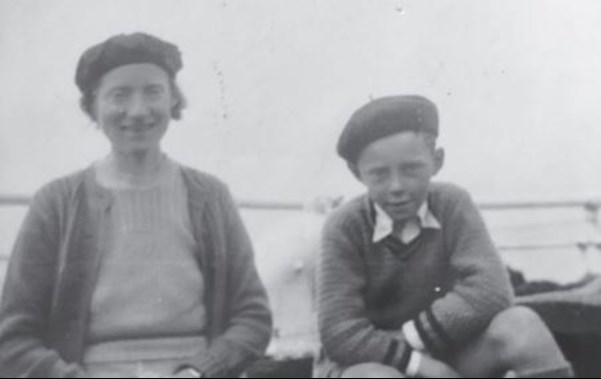 Above: Young Donald on the SS Montrose in 1936 with his mother.

Reflecting on that first expedition, in 2017 Donald wrote: 'This was a very exciting adventure for an eight-year-old boy and an unusual voyage for people of our circumstances in the period of the Great Depression. I was going to England and France, leaving behind boys whose fathers were unemployed. My father kept his job through the depression years and was very careful about his finances and was able to afford the cost of the trip.'

Donald remembered that there were many other boys of his age on the boat and that they had great fun. 'My gang roped off a section of the raised deck around the foremast, claiming it as our territory. Our games ended when the Montrose docked at Antwerp.'

From here the family toured the Arras battlefield before being billeted at the Hotel de la Gare in Lille prior to the unveiling ceremony. 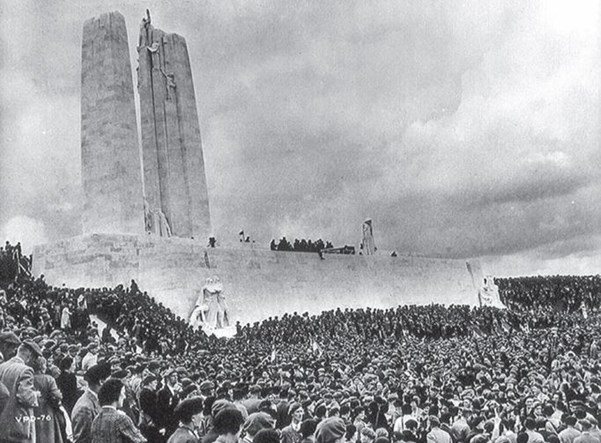 Above: Pilgrims in front of the memorial in 1936. Donald and his parents were in the crowd. (Picture courtesy of Library and Archives Canada) 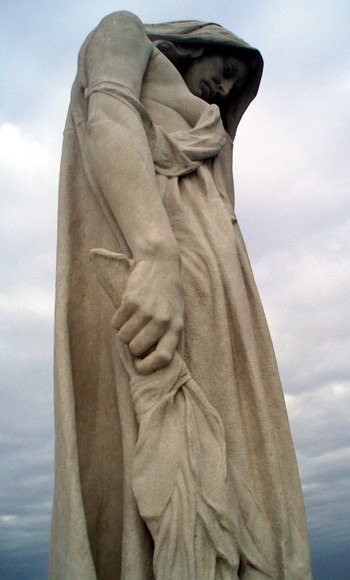 Above: One of the grieving figures representing the bereaved of Canada.

'At various stops along the way my father told stories of life in the trenches - how they stood on cases of Bully Beef to keep their feet out of water. He also talked about barbed wire, shell casings, mortars, Lewis guns and artillery pieces. The highlight was the Vimy ceremony. I remember a flight of aircraft over the monument shortly before the unveiling. From where I was standing, the King was clearly visible. As a young boy I was very impressed with the ceremony, the crowds and the uniforms. As I stood beside my father I felt that something very important had taken place.'

The pilgrims only spent two days in Belgium and France before heading back to the Montrose and embarking for England, where they docked at Tilbury.

Next on the agenda was a morning ceremony at the Cenotaph and an afternoon reception at Buckingham Palace Garden courtesy of the Duke of Gloucester.

"My attention was drawn to an upper window of the palace when someone shouted: ‘Look, the Princesses’. Two young girls appeared, waving from the window. One day one of them would be Queen,” recalled Donald.

Unlike most of the other pilgrims, Donald’s family did not immediately return to Canada but stayed on in England to meet his father’s relatives, including two of his brothers who had also fought in the war with the British forces – one of whom had been buried for nine hours by a shell explosion at the Battle of Loos.

Donald’s father had been born in England in 1871, 'although he liked to claim Scotland as his maternal home'. He had joined the Army as a young man in the late 19th century and served in India, where he received numerous campaign medals.

Above: The Canadian Red Ensign was flown at the centenary: this flag, containing nine provincial shields was what the Canadians fought under, along with the Union Jack, during the First World War.

Near the war’s end, one of his father’s senior officers invited him to join his water and power company in Montreal, and he accepted. He married late in life and Donald was his only child.

“The Vimy trip was an important milestone in my life as it was the only time I ever travelled with my father. He died when I was twelve years old leaving me with many stories of the life of a soldier.” 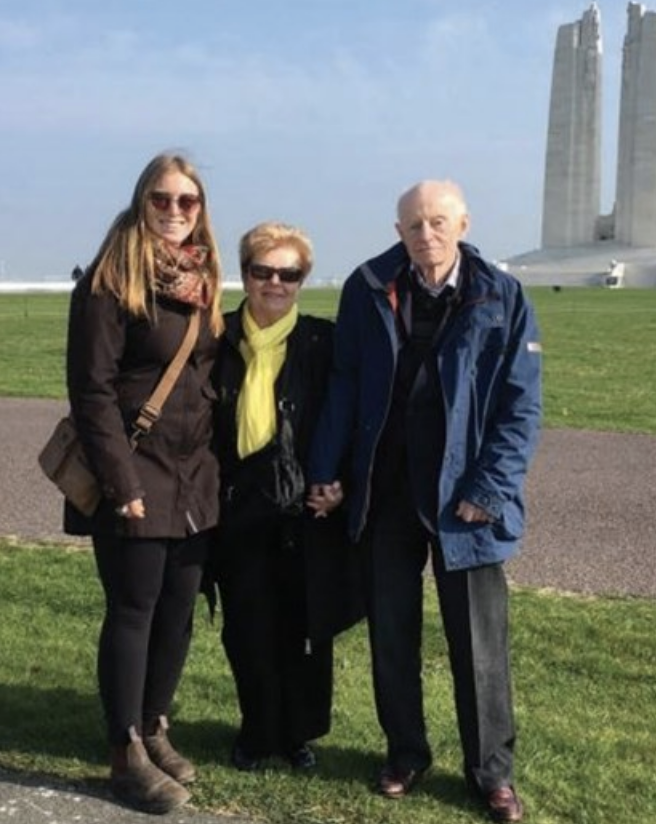 Above: Donald at Vimy with his wife Karen and granddaughter Emma at the centenary in 2017. 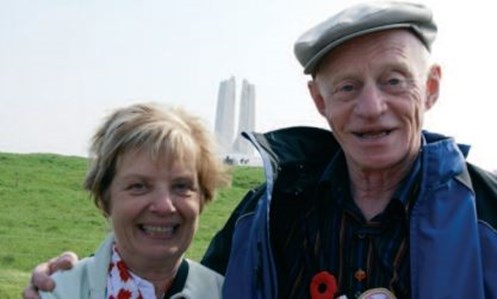 Above: Donald and his wife Karen at the rededication in 2007.

So it was that Donald felt compelled to return for the rededication of the memorial in 2007 accompanied by his wife Karen, daughter Natalie and grandchildren Emma and Elliot. Donald said that he had been stood much further back in 1936 and that the biggest change was that there were now far more trees in the landscape. The unveiling was completed by Queen Elizabeth II – the young princess that had waved from a window all those years before. Donald told WFA member Lisa Sentence that he would like to be back in ten-years for the centenary of the Battle for Vimy Ridge. And guess what….