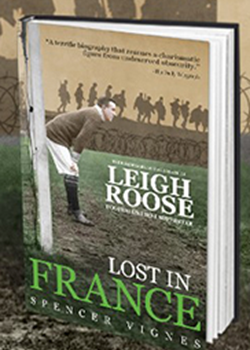 Not that familiar or even keen on football I was nonetheless drawn into the intricacies of the game and the intimate life of the man and goalkeeper Leigh Roose. We are then thrown into the First World War, Gallipoli and the Somme. Finally we get the detective story that seeks to uncover what happened to the man during the fighting. Missing in Gallipoli he was unearthed on the Somme where it transpires he was killed in action - his records 'lost' as they were all under the surname 'Rouse' rather than 'Roose'.

The History of Football

The author brings to life the game and the role of the goalie and how this was transformed by Leigh Roose, the rules having to be changed because of his dominance when permitted to take the ball and bounce it basket-ball style all the way to the half-way line.

Gallipoli and the Somme

The First World War is then seen through his eyes, officially two old to enlist, despite being far fitter than most, and from a family of pacifists he began his war with the YMCA.

And then from many close encounters and heartfelt stories in Gallipoli he re-emerges in the later days of the Battle of the Somme, this time as a private fighting and bombing his way into German trenches and gaining recognition along the way, all however under the name 'Leigh Rouse' rather than the correct 'Leigh Roose'. 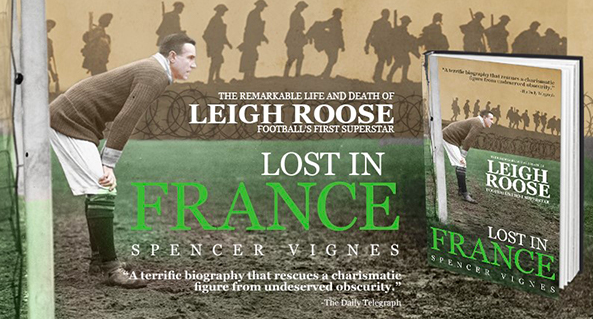 A truly engaging read from start to finish in three distinct sections which in themselves would make the book would the purchase price.

This reviewer is suitably intrigued to want to know more about Leigh Roose, the history of football and other sports and how their rules are changed, and other books by Spencer Vignes.