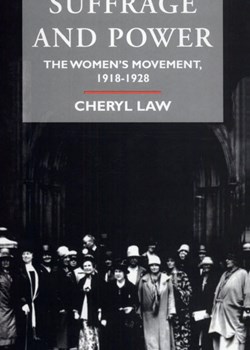 The author is Lecturer in Women's Studies at Birkbeck College, University of London where she directs the Gender & Women's Studies and Philosophy programmes. As its title states, this book tells of the struggle by women to achieve equal enfranchisement with men between February 1918, when women over thirty were first given the vote, and July 1928 when the Representation of the People (Equal Franchise) Bill received the Royal Assent. However, the author also tells of the events leading up to the introduction of the first Representation of the People Bill in May 1917 which culminated in women over thirty being given the vote - subject to property qualification and to other restrictions. Interestingly, the author states that the lavish, but essentially empty, praise of the women's war effort seems not to have played as large a part in the suffrage victory as politicians claimed.

The role of women during the war and their major contribution to the nation's war effort is well told in this book. However, the author does seem to suggest that the Government's compulsory National Register of all those aged between 16 and 65 taken on 15 August 1915 was restricted to women rather than to both men and women. It took the women's suffrage movement 61 years to achieve equal voting rights with men in 1928: the last ten years of that struggle are explored by the author in considerable detail and the author deserves full credit for the depth of her research.

The book lists over five pages of women's organisations which contributed to achieving equal enfranchisement with men and each organisation had its own set of initials. If there is any crit icism of the book, it is that the author uses those initials throughout the book necessitating - for the reviewer at least - frequent reference to the full list of the organisations elsewhere in the book.

Although more 'social history' than 'military history', this book will appeal to those interested in the Home Front and in the very important role of women during the Great War - particularly in their transition from outsiders to participators in the political process since that time. 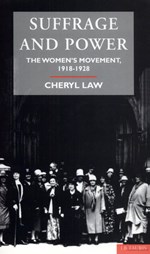