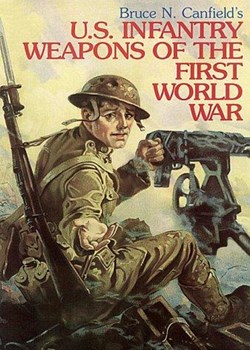 Mr Canfield is an internationally recognised specialist in twentieth century U.S. military weapons and a contributing editor to the American Rifleman. In this information-packed and richly illustrated volume, he presents a comprehensive record of rifles, shotguns, automatic rifles, pistols, machine guns, bayonets, knives, grenades, mortars, flame-throwers and accessories used by the American Doughboy.

Of particular interest to WFA members will be descriptions of the operation and modification made to such well known weapons as the Springfield, SMLE, Berthier and American rifles carried by the majority of U.S. soldiers and marines. Canfield also details the operation of the Lewis and Hotchkiss machine guns, the Stokes mortars and the French-designed M-1916 37mm guns used by AEF infantry heavy weapons companies.

Also covered in some detail are lesser-known weapons such as the 12- bore pump-action shotguns (riot guns and trench guns), bolo and trench knives issued to raiders and other attacking units, and the several types of pistols and revolvers used by American officers and NCOs. This is an excellent and reasonably-priced reference work for specialists and the general reader alike. 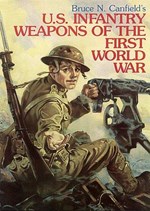