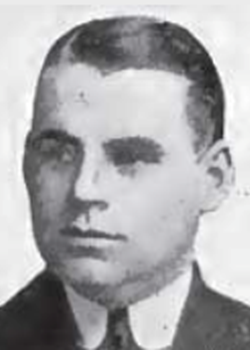 John was a salesman prior to enlisting into the US Marine Corps in New York on 25 January 1910.

After four years service, he re-enlisted at San Francisco on 31 January 1914 at served on the USS Massachusetts and the USS Denver before becoming part of the American Expeditionary Force to Nicaragua. John was killed in an automobile accident at Oakland, California on 14 June 1917 and is now buried in his home town of Richmond, Wayne County, Indiana.